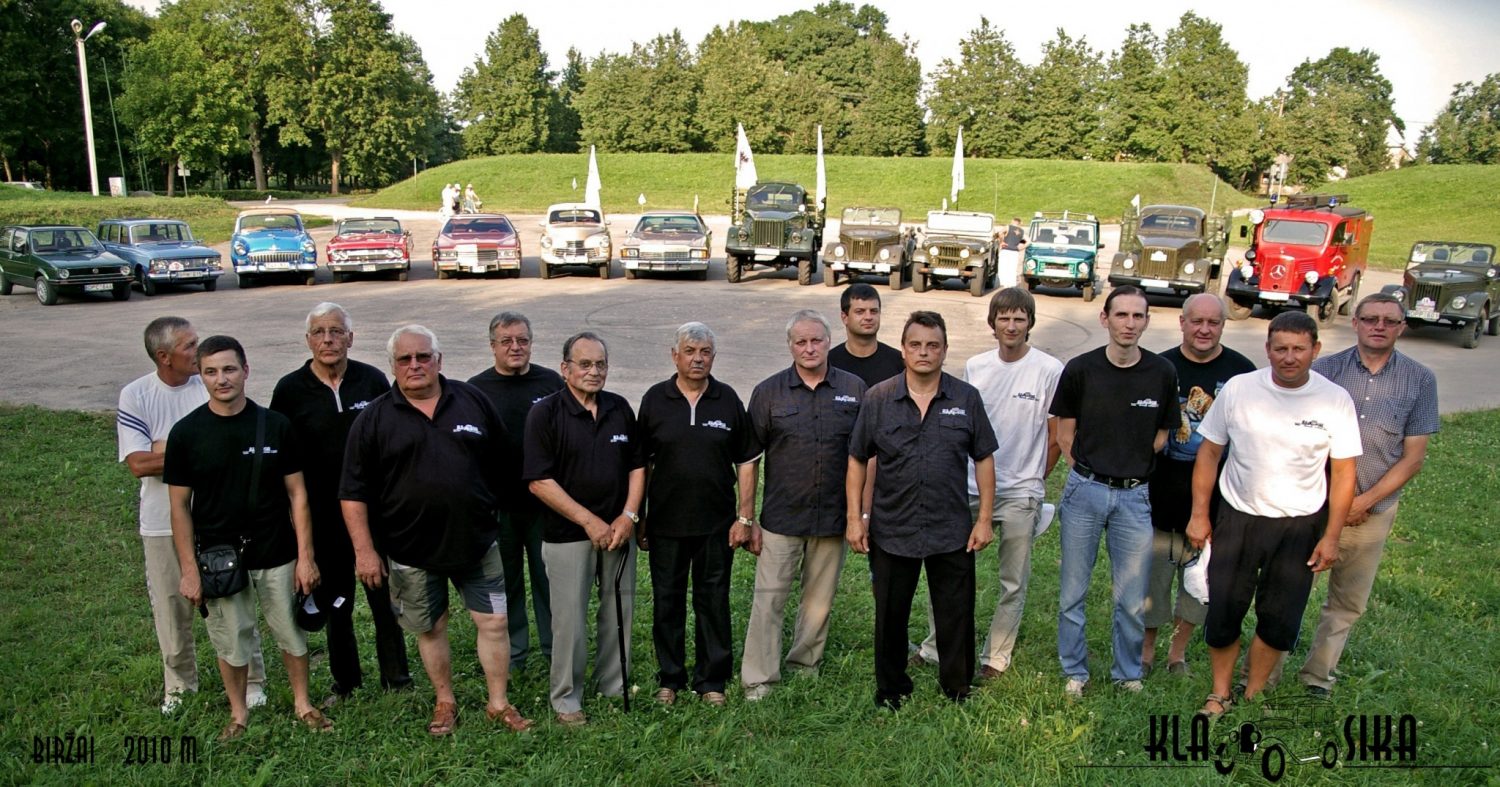 On the eve of July 16th, Birzai residents had their eyes glissening with the beauty of unordinary automobiles. „Klasika“ clasic automobiles club was to blame, as they slowly cruised down the center of the town streets in their extraordinarally maintained and beautiful automobiles. Those who gathered were greeted by the clubs director Egidijus Einoris. At this time, the organizations‘ current events were discussed as well as the future. It was decided upon that August 7th the club „Klasika“ will be participating at the Birzu Town Celebration and the classic car show planned during it. Also, a trip to Kupiskis was planned shortly afterwords.

In the eveneing, the 14 automobile group, took a stroll down the center of the town a couple of times, and said good-bye to the Birzai people. Dalius Linkevicius, a member of the „Klasika“ club, invited all for a visit to his own beautiful country house. The members were able to enjoy the country house, beautiful view of the classic cars, and the fruitfulness of the owner.