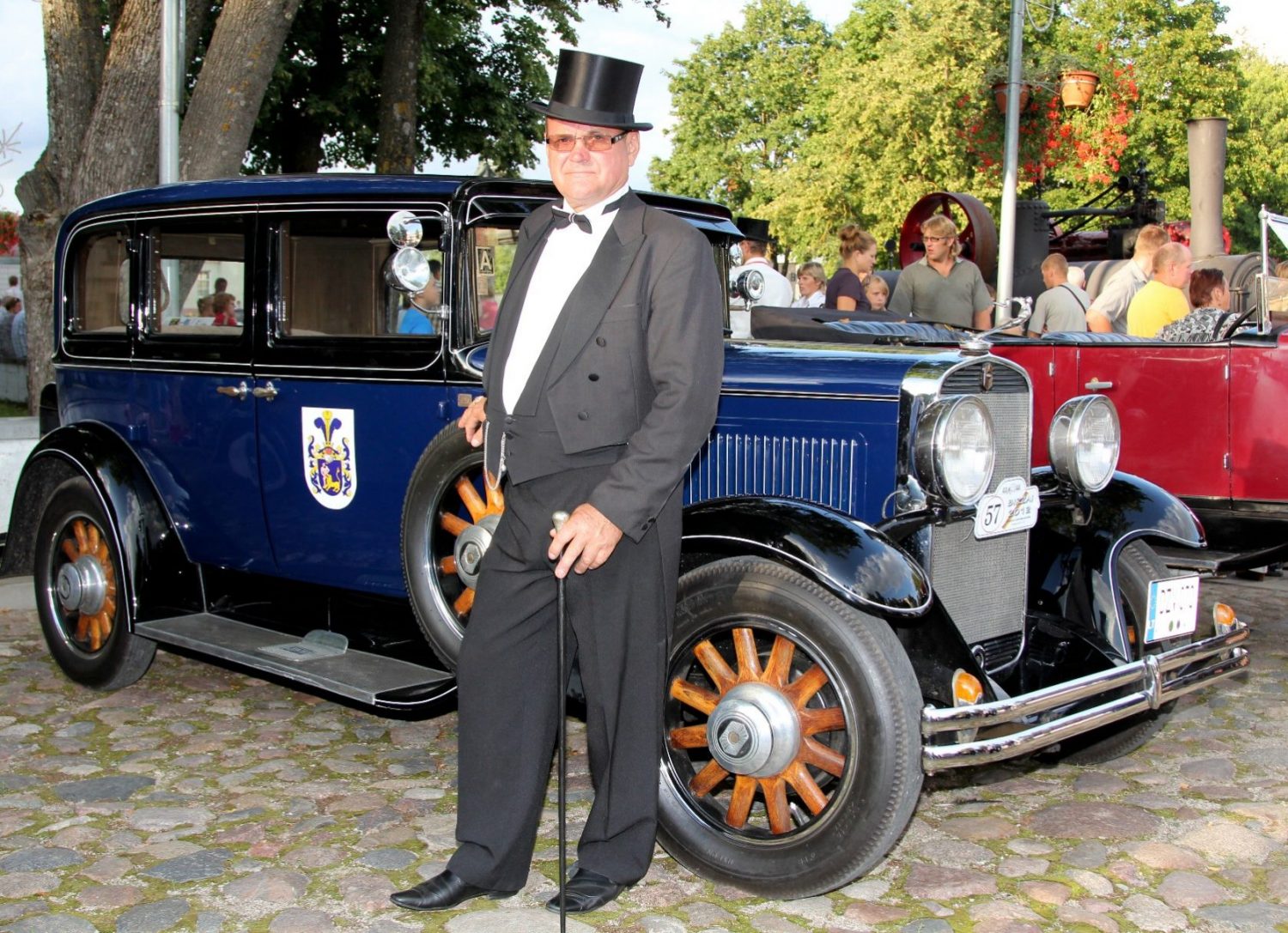 As fall approaches, we longingly remember the past summer, the holidays, and the time we spent on the beaches of foreign countries or cozy lakesides in our homeland. It’s getting colder and colder. Tree leaves are falling down in swirls and covering the windows of my car. As I brush them off memories of not so distant past overwhelm me.
Many of us who visited our car show in Biržai this past August remember a dark blue shiny car decorated with a nobleman’s coat of arms and a gentleman in tuxedo standing next to it. The gentleman’s name is Klementas Sakalauskas. He is a nobleman, a private collector and a museum owner. It so happened that after the car show „Klasika“ Club members received an invitation from Mr. Sakalauskas to visit his museum and share some ideas and experiences. As the agreed time came, we joyfully travelled to Piniava, a suburb of Panevėžys, led by curiosity and thirst for knowledge. 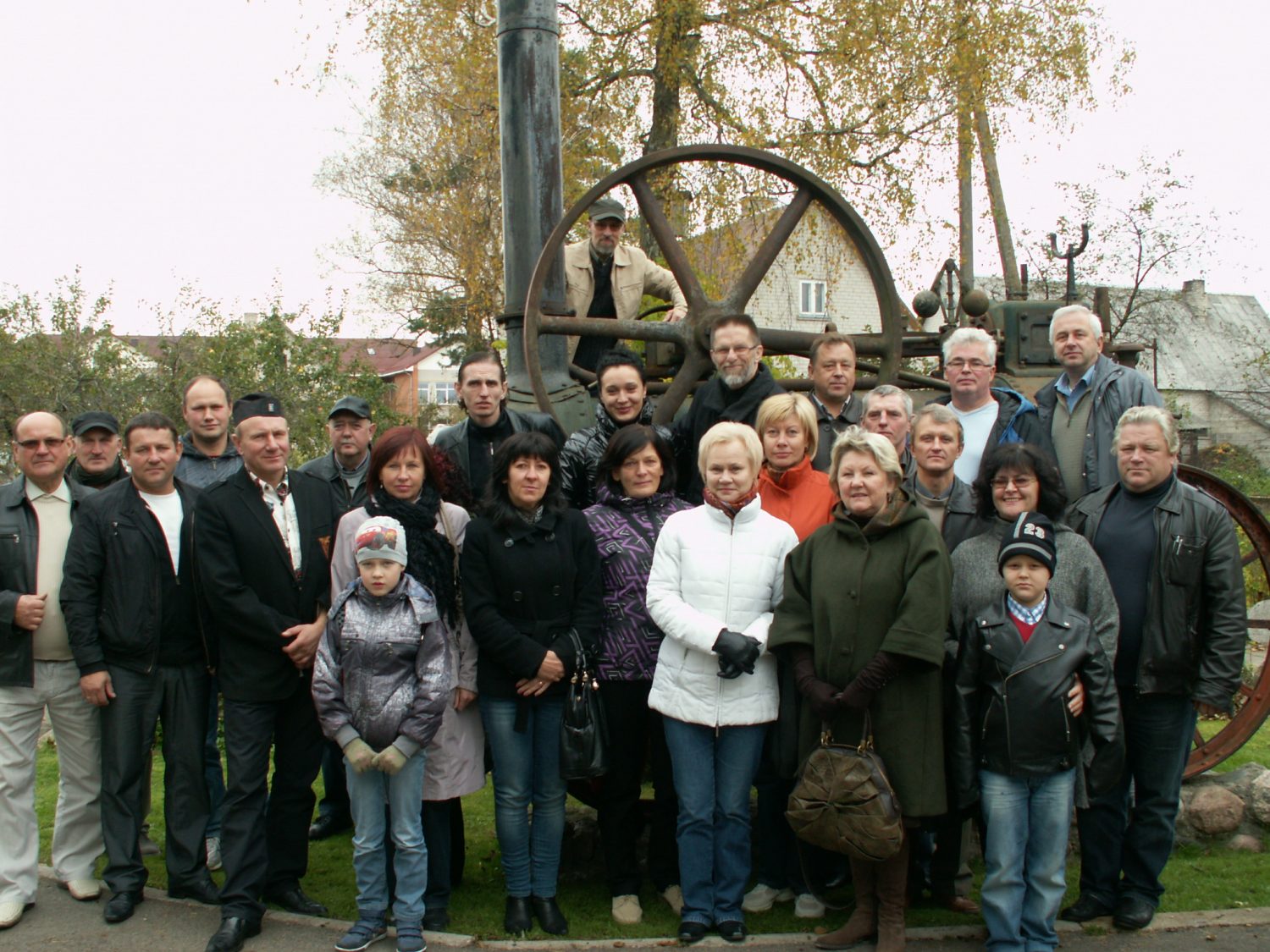 We were greeted by Mr. Klementas, who served not only as a hospitable host but also a museum guide. To tell the truth, there is no other staff working at the museum. However, Mr. Klementas often has to ask his son, Gintautas, for help. Klementas Sakalauskas founded his museum eight years ago and it has since become one of the notable sights of the City of Panevėžys. We started the tour outside the museum where there was a wide array of machines and implements. You should see the things that were there! Starting with millstones and a collection of vintage industrial engines and ending with pre-war tractors and even a ship anchor made in 1725 that was brought in from Estonia. After viewing the exhibitions outside we were invited to come inside the rooms, barn and granary that were characteristic to Aukštaitija ethnographic region. Here we admired antique household utensils, furniture, clothes and even a 200-year old bench. When asked what exhibits made the biggest impression visitors mentioned a collection of 230 irons and a collection of more than 40 spinning wheels. Undoubtedly, the most worthy among the exhibits was the collection of restored radios, gramophones, record-players, and music boxes. Among its exhibits, the museum has one extraordinarily rare artifact – the world’s first audio recording device – Edison’s phonograph. 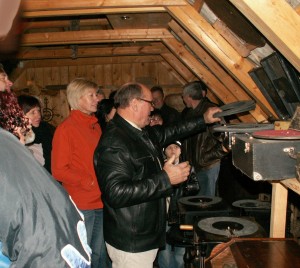 The collection of restored radios, gramophones, record-players, and music boxes

The abovementioned artifacts did not conclude the exhibits, for we could also see a scuba diving suit with full gear, a mammoth vertebra, a dinosaur egg and even a treasure chest full of „gold“ coins. After we were finished viewing the exhibits and satisfied our curiosity, Mr. Klementas invited us to a dinner table. After eating and tasting some of the wonderful Biržai beer, we shared our impressions of the museum. Later, the President of the „Klasika“ Club delivered a yearly report on Club’s past activities. Plans for the future were also made. After the serious part of the meeting was over, with Mr. Klementas’ permission, we went back to the exhibits. Some of us tested the sound of music boxes, others played the accordion, yet others tried on the uniforms of generals from the last century. There was no end to the talks and merriment, until we had to say good bye and go home.
Members of friends of Antique Automobile Club „Klasika“ would like to thank Klementas Sakalauskas and his family for the sincere, warm and exciting welcome! Thank You!