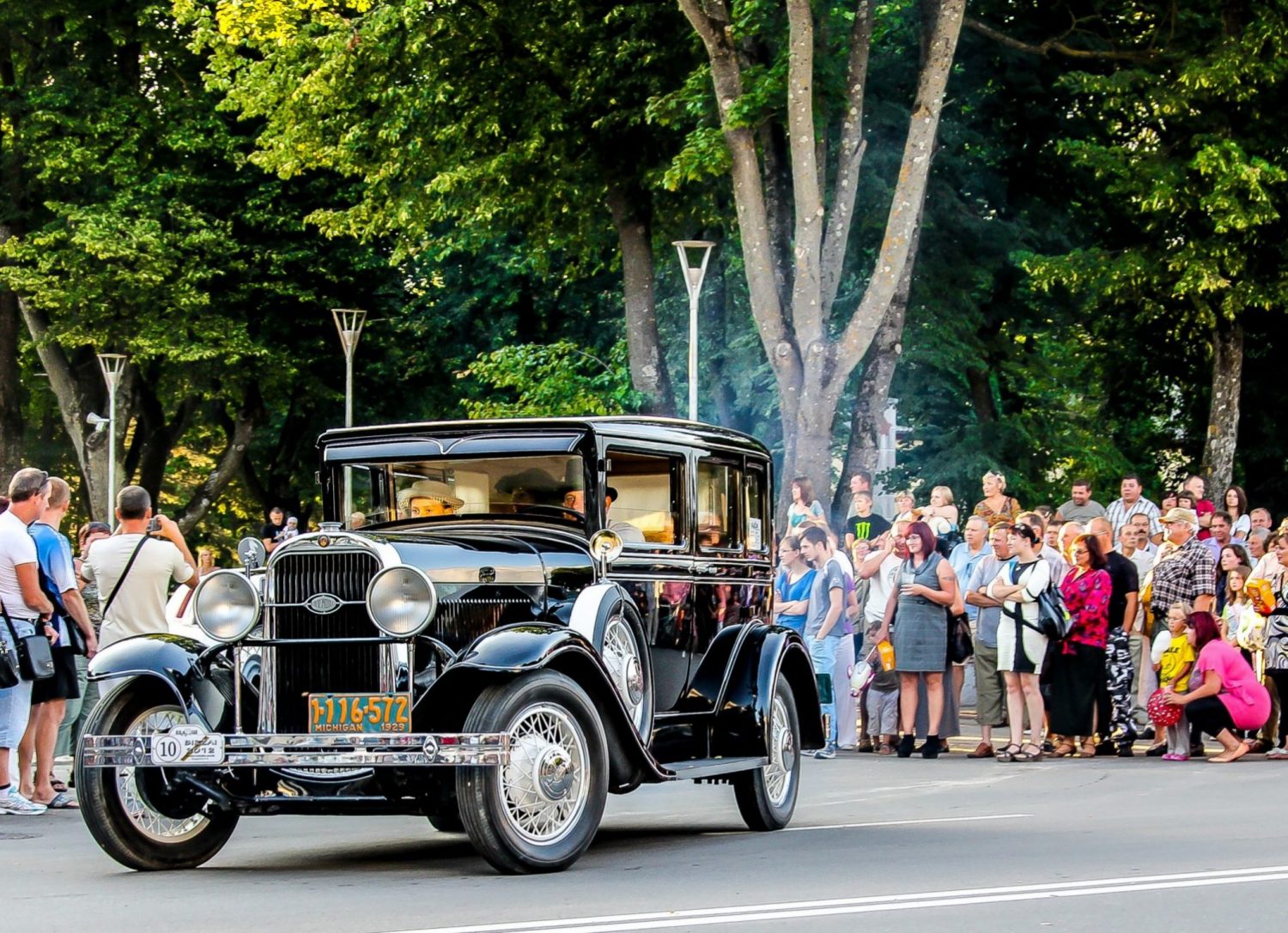 Just before Christmas, the Klasika Club announced the elections of its Automobile of the Year. We are grateful to all our voters, who supported us and shared the pictures of automobiles with their friends and colleagues. With your help, the most beautiful Klasika Club Automobile of 2012 was selected. The majority of the votes were given to Oldsmobile, Model F-29, Landau Sedan – DeLux. It was built in 1929 in the USA, and now is owned by Dalius Linkevičius. The total of 210 Facebook users voted for this car.  Cadillac Eldorado, made in 1978 and now owned by Virginijus Kučinskas, took the second place. Congratulations to our winner. Here we would like to share a short history of the Oldsmobile Company and some technical subtleties of the winner automobile.
Oldsmobile was a brand of American automobile produced for most of its existence by General Motors. It was founded by Ransom E. Olds in 1897. In its 107-year history, it produced 35.2 million cars, including at least 14 million built at its Lansing, Michigan factory. When it was phased out in 2004, Oldsmobile was the oldest surviving American automobile marque, and one of the oldest in the world, after Daimler, Peugeot and Tatra. The closing of the Oldsmobile division presaged a larger consolidation of GM brands and discontinuation of models during the company’s 2009 bankruptcy reorganization.

Oldsmobiles were first manufactured by the Olds Motor Works in Lansing, Michigan. In 1901, the company produced 425 cars, making it the first high-volume gasoline-powered automobile manufacturer. Oldsmobile became the top selling car company in the United States for a few years. Ransom Olds left the company in financial difficulties and formed the REO Motor Car Company. The last Curved Dash Oldsmobile was made in 1907. Ransom E. Olds died on August 26, 1950 in Lansing, Michigan. In 1975, the Company, then known under the name Diamond Rio, was closed. Even though after it was left by Ransom E. Olds, the Company endured some hard times, the cars were still known for their quality, reliability and low price.  General Motors purchased the company in 1908, and later it became a world-wide known automobile manufacturer.

Our winner was made in 1929, at the time when the Company was under the management of General Motors. The year 1929 also put GM in the pilot seat. Fokker Aircraft Company was bought out, which paved the way for General Motors Aviation Company. 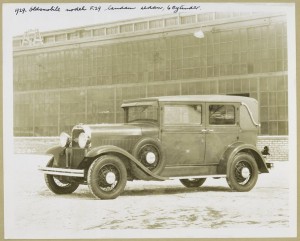 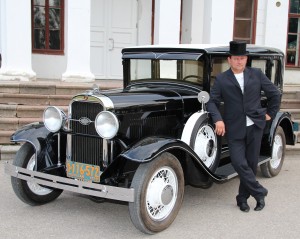 1929 Oldsmobile, Model F-29, Landau Sedan – DeLux:
Body maker – ,,Fisher”
No. doors – 4
Passengers – 5
Engine – 6 cylinders Own L-head, 3.237 l., 197.5 cu.in.
Ignition system – distributor and coil
Cooling system – water pump
Brakes – internal expanding og 4 wheels mechanical
Radiator – cellular
Tire size – 28×5
Transmission – mechanical, 4 speeds
No. produced – 1.774
Once again, thank you to all our supporters and all of you who are interested in antique cars and the activities of the Klasika Club! Our special thanks goes to our Club Photographer, Dainius Nagelė! Congratulations to the owner of the winner automobile, Dalius Linkevičius! By the way, you can read more about Dalius and his Museum of Agricultural Machinery here: ….  You can also enjoy a video, an Antique Car Show Biržai 2012.

The following automobiles took part in the election: