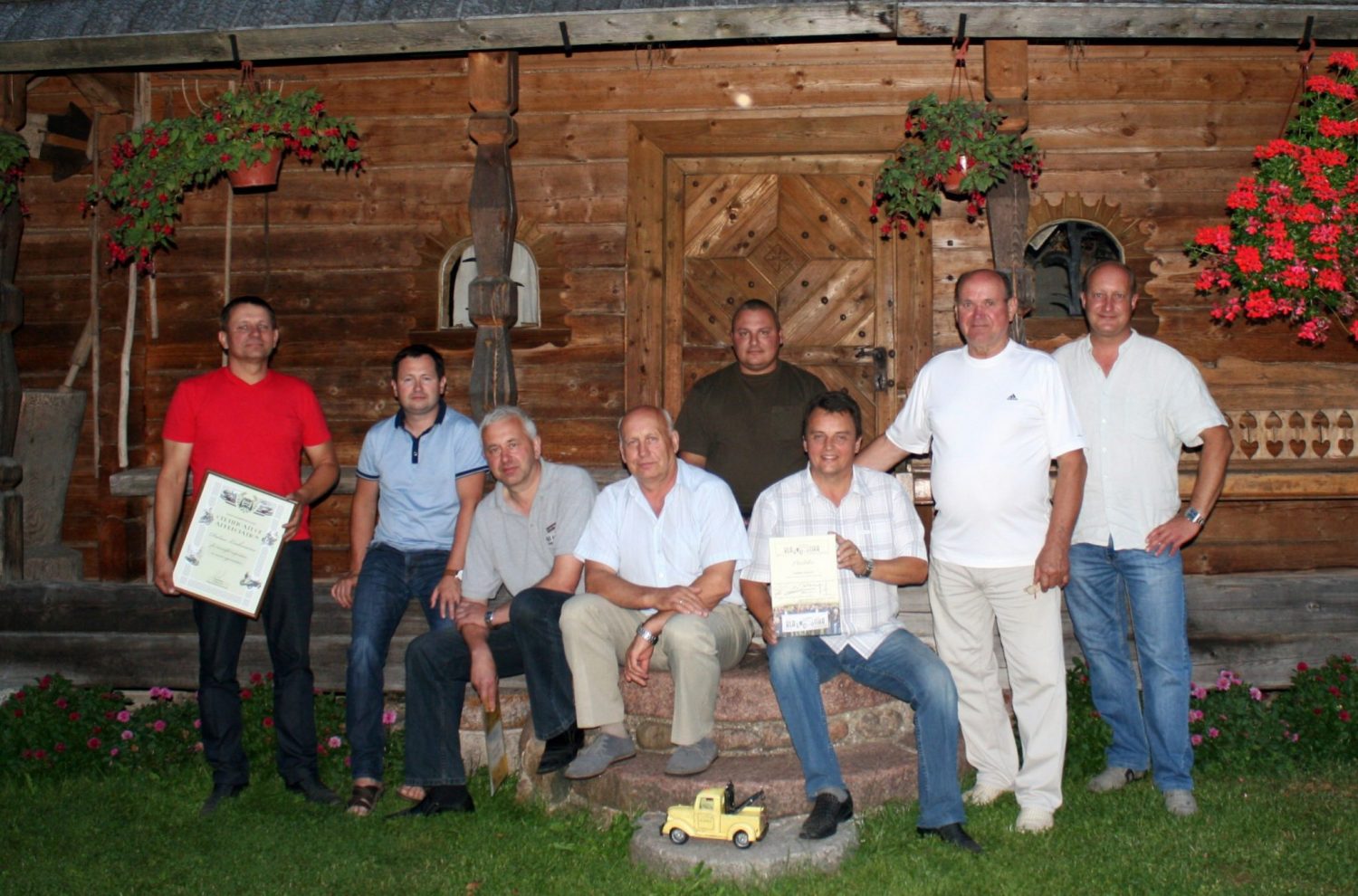 On the 24th of August, the meting of members of the Antique Vehicle Club “Klasika” was held in Piniava (Panevėžys district). Every time we are welcomed by the club member Klementas Sakalauskas in his museum and every time there is no shortage of discussions, conversations and friendly communication. Also, there was expressed satisfaction of the excellent “Klasika” season opening and charity banquet which had taken place at club member’s Dalius Linkevičius manor this spring; recent historical vehicle exhibitions in Kupiškis and Biržai were discussed and evaluated; and club activities and future plans were organized. At the same time, there was honored the international rating of the club members’ activities. At this year’s historic car festival “Riga Retro 2015”, the club members Dalius Linkevičius and Egidijus Einoris were awarded with diplomas for international cooperation and organization of events. After the club members’ congratulations and taking photos, it was agreed to meet again at the club season closing event in this year.
Decisions at the meeting:
• To evaluate positively the financial report of the event “Timeless Klasika 2015” and the same event.
• Keep going further and next year’s festival “Timeless Klasika 2016” to hold in summer, the exact date and place to set in spring.
• This year’s event season of Antique Vehicle Club to finish with an eventful excursion. Where and when deciding in the club members’ discussions.
• To organize the club season opening banquet at Sodeliškiai Manor (Biržai district) in spring 2016.
• To participate and drive organizationally to the Panevežys city festival (5th September, Saturday).
• To launch until December a 2016 “Klasika” wall calendar in cooperation with “Mados Studija XS” (“Fashion Studio XS”).