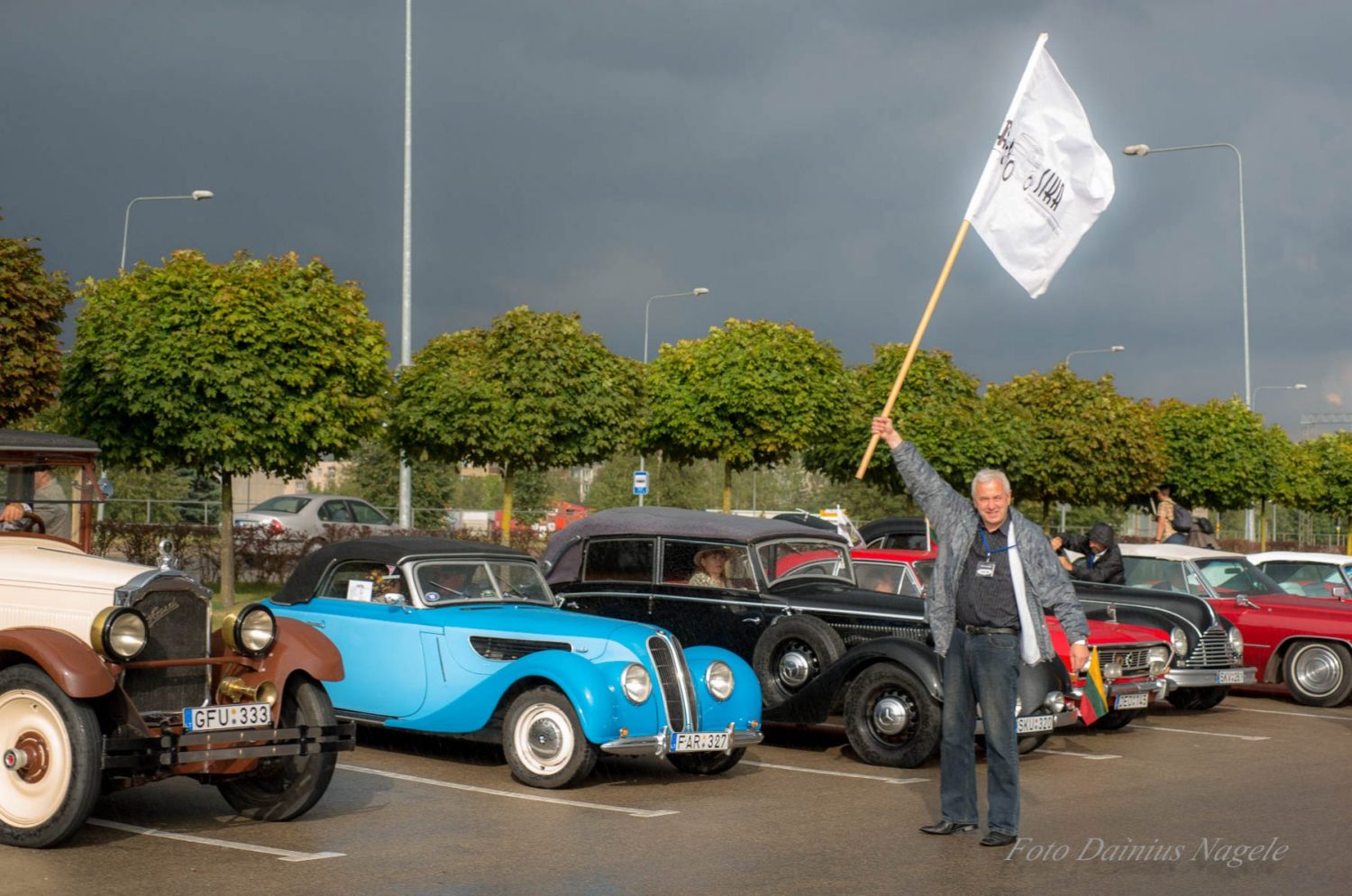 On the 5th of September, Saturday, Antique Vehicle Club “Klasika” were guests in Panevežys city celebration. The club members were not only as visitors but also as participants with townspeople taking part in a festive procession and following it with an organized attractive exhibition of vintage cars in the city centre. Our club was invited to the 512-th birthday of Aukštaitija (Highland) Capital by Panevežys House of Community.
Name of Panevežys was first mentioned in the written sources on the 7th of September 1503. At that time, the Grand Duke of Lithuania and King of Poland Alexander gave the land between the river Nevėžis and the river Lėvuo to a pastor of Ramygala. After some time, on the right bank of Nevežis, it was built a wooden church and parsonage. Opposite the church, it iwas located the Market Square with a tavern and bathhouse. This settlement took root in the Old Panevežys name.