Together – with the Club “Klasika” 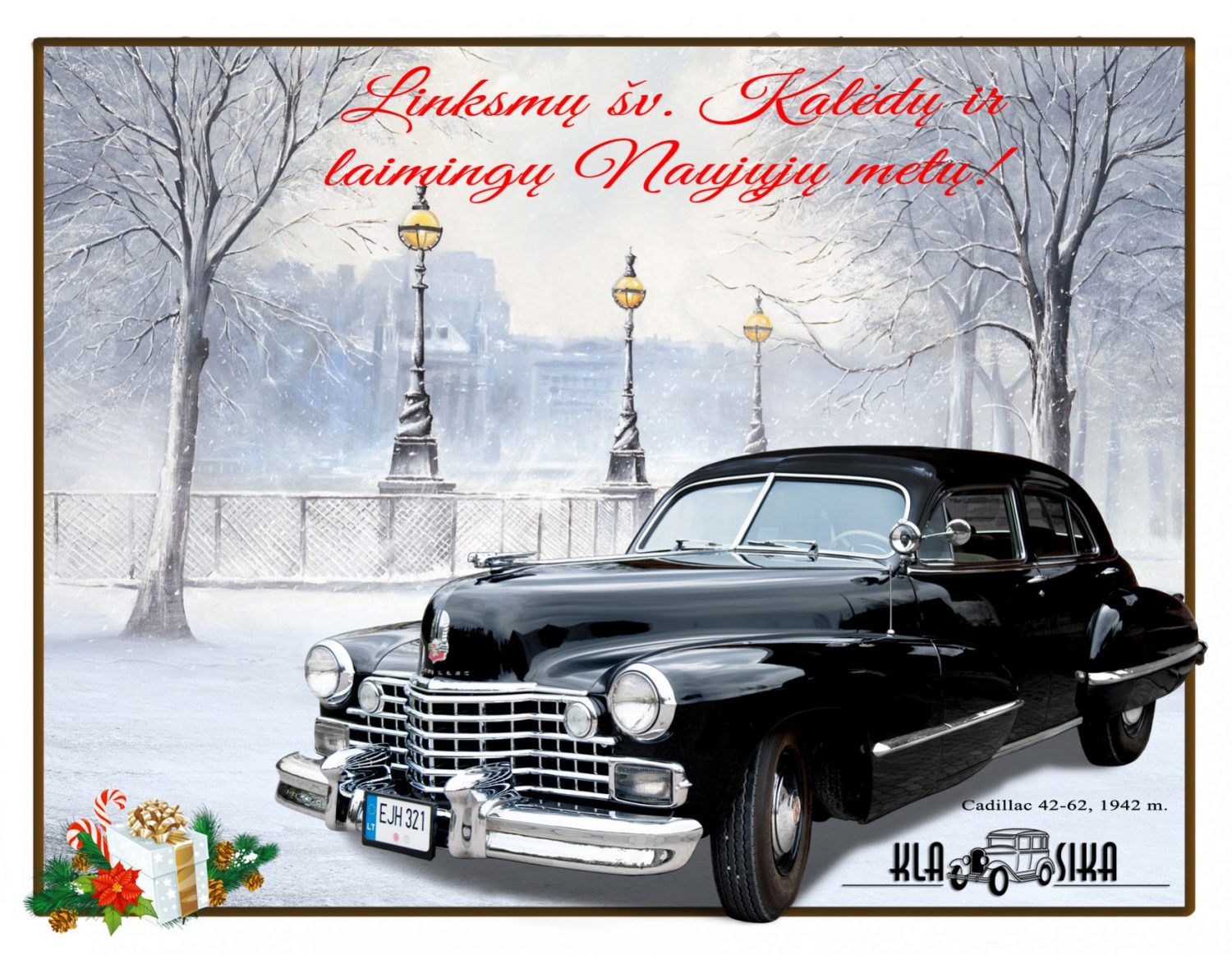 Together – with the Club “Klasika”

No matter how ironically, Christmas and New Year brings not only a belief in miracles but also realistic approach and responsibility for the planned and completed works. On this occasion, with these brief remarks, I shall report what it was done over the year by the Antique Vehicle Club “Klasika” and how and with whom we will meet the New Year.

As every year, the first spring drive of the club “Klasika” cars began with a trip to Pasvalys, to the antique vehicle season opening. This festival – as a proof, that after the long winter months, we’re driving again. In fact, this so called festival has already been the eighth year inviting to Pasvalys antique vehicle lovers from all over Lithuania. In the Sinkholes Park this year, “Klasika” members presented fourteen vintage cars. By the way, this event has been generous to our club as never before. “Klasika” has earned respect of the organizers for long-lasting and active participation in this festival, and our club member’s Dalius Linkevičius Cadillac, made in 1942, was evaluated and awarded with the Grand Prix – the main “We drive” prize!

On the 4th of June, in Astravas Park, the company “Biržai Beer” (“Biržų Alus”) celebrated its 330-year anniversary.  We are very pleased that since the very beginning of our club “Biržai Beer” supports and sponsors “Klasika”. So, for the sake of mutual friendship, we went to greet one of the oldest breweries in Lithuania. We presented the historical technology exhibition to the guests of celebration, and a Badge of Honor and our sincere gratitude – to “Biržai Beer”!

Each country has the antique vehicles for fans to be proud of. Though, neighboring countries organize the best vintage automobile events in the capitals or just in the larger cities, Lithuanian historical antiquities lovers gather in small town Biržai on the first weekend of August every year. No exception was on the 6th of August, the international antique car show “Timeless Classic 2016” gathering the largest historical technical crowd ever seen in Biržai. According to the registration data, the antique car show was dominated by American vehicles. Event was attended by as many as 33 vehicles produced in the United States. 28 cars and motorcycles were made in the Soviet Union. The rest of the participants came by the vehicles made in the Czech Republic, England, Germany, Sweden and France. Totally, the Antique Car Show was attended by 87 vehicles. Of these: 1 bus, 2 trucks, 3 tractors, 6 motorcycles and 75 cars. The participants came from Finland, Estonia, Latvia, Russia, Belarus and Lithuania.
In this year event, there were some innovations: for the first time the antique vehicle exhibition was held in the spacious square, the first time the exhibition duration was extended to 3 hours, for the first time there was held a concert during the exhibition where a double-decker bus Bristol, made in 1956, from trading town “Urmas” was used as a Club “Klasika” stage. From here, it was possible to get the interesting information about exhibition, to find out one or another exhibit development history, listen to the songs performed by Jūrate Garnelienė and Gytis Balčiūnas. I would say that this innovation proved itself and we will try to repeat next year.
By the way, it should be reminded to everyone that the first exhibition of the antique vehicles in Biržai was held on the 16th of August, 2008. So, next year, the antique car show “Timeless Classic 2017” will already be the tenth, jubilee “Klasika” event.

I would like to mention a few festivals, attended by our members. One of them is the vintage car exhibition “Riga Retro 2016”. It was an exciting and prestigious event. The only pity is that nasty weather not only spoiled the mood of the participants, but even changed the organizers plans.

On the August 20, in a resort town of Pernu (Pärnu), Estonia, the antique technique event was held. The club “Klasika” members attended it with the invitation of festival organizer Raivo Hannus. Interestingly enough, in this exhibition, along with vintage cars were on display not only the last century engines, trucks, tractors, motorcycles, but at least as far as rotating antique utensils and equipment. It was really nice to see, touch and even participate in some strange mechanism working process. I think that we also should come up with something similar and diversify the antique car show.

Another event, which was attended by “Klasika” – the Antique technique meeting “Retro Jurmala 2016” took place on the last August weekend in Jūrmala. The warm and calm Baltic sea, beautiful and sunny weather, abundance of vintage vehicles surprised not only the guests of Jurmala, but also the festival participants. In this exhibition, the Antique Vehicle Club “Klasika” was represented by six vintage cars.

Well and the last this year’s event, which was very important to our club – exhibition “Kaunas Auto Days” which took place in Kaunas Žalgiris arena on September 16-18. For the first time this event was attended by Antique Vehicle Club “Klasika”, providing to visitors attention five exceptional antique and classic cars. According to the organizers of the event – Plc “Exposition Centre” (UAB “Ekspozicijų centras”) this exhibition was visited by 31,010 visitors, and the event was attended by 71 company.

Another club phenomenon, which necessarily should be mentioned, is the annual “Klasika” calendar publishing. Creating new traditions and compliance is one of the most Antique Vehicle Club “Klasika” advantages. Just appearing and fragrant in printing inks “Klasika” wall calendar is safe to be included in this category. This is the fifth annual club publication, distinctively trying to link the last century historic techniques with classical elegance and youthful flair.

So, over the years, it has been done quite a lot. And whether our work is meaningful and necessary, You would decide, Dear our club sponsors, fans, friends and visitors of our club events!
Beautiful winter holidays! Wishing You, Antique Vehicle Club “Klasika”!