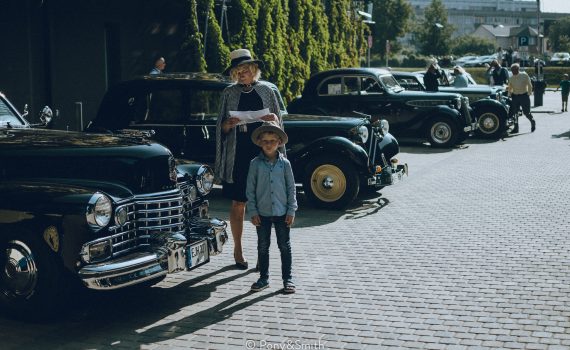 This year, on August 18-19, the international antique vehicle meeting “Riga Retro 2017”, which took place in Latvia, was not ordinary. The Latvian Antique Automobile Club (Latvijas Antiko Automobilu Klubs) founded in 1972, marked its 45th anniversary with this event.
As always, the event began with a confirmation of registration and exhibition in the courtyard of the Riga Motor Museum (Rigas Motormuzejs). Participants arrived not only from Latvia but also from Lithuania, Estonia, Finland, Norway and Russia. According to the organizers of the event, 130 antique technical units have been registered. Of these: 10 motorcycles, 22 antique cars, 39 soviet cars, 57 classic cars and 2 buses. Number of cars produced in interwar period (until 1946) – 18 units.

For the first time in the Riga Retro, three solid and unique cars, that will decorate and raise the prestige of any show, have debuted: Buick 40, made in 1930, (owner Aldis Auninš), Horch 853, 1937 (owner Janis Oskerko) and Mercedes-Benz 320 Cabrio A, 1940 (owner Andrejs Rode). By the way, the first two cars are already well-known for fans of Lithuanian antique technology: the Buick 40 earned the Grand Prix at this year’s Timeless Classic 2017, and Horch 853 – at the Timeless Classic 2016. Well, the third car Mercedes-Benz 320 Cabrio A had been restored for many years by the owner, the renowned Latvian restorer Andrejs Rode, and was completed only on the eve of the event. Another interesting fact of this solid exhibition is the remarkably refurbished Hungarian bus Ikarus 55 Lux, made in 1966.

Having registered all the participants and having seen the rich and interesting exposition of the Riga Motor Museum, the antique vehicle journey began to the Riga Old Town. Again, this time, like every year, the coherent and orderly police work was astonishing. The exhibition in the center of Riga, in the Kalpak boulevard, took only an hour and after it, participants of the antique technics festival turned to Straupe town on various routes. It is remoted about 80 km from Riga. The Riga Retro 2017 festive evening took place in the Burtakas Recreation Center.

It is glad to note that the only international award for foreigners was won by the Antique Vehicle Club “Klasika”. It’s still delighful to have such a solid assessment! And it’s even more pleasant that our Latvian colleagues, on a very beautiful and stylish souvenir prize, engraved the words of the award in a Lithuanian language.

At the end of the awards, discussions, conversations and acquaintances were continued by guests and participants by the festive table. When it comes to music, the bustle did not stop to the down. Well, and on Sunday morning, after having breakfast, thanking the organizers and saying goodbye, the participants of the festival drove home. 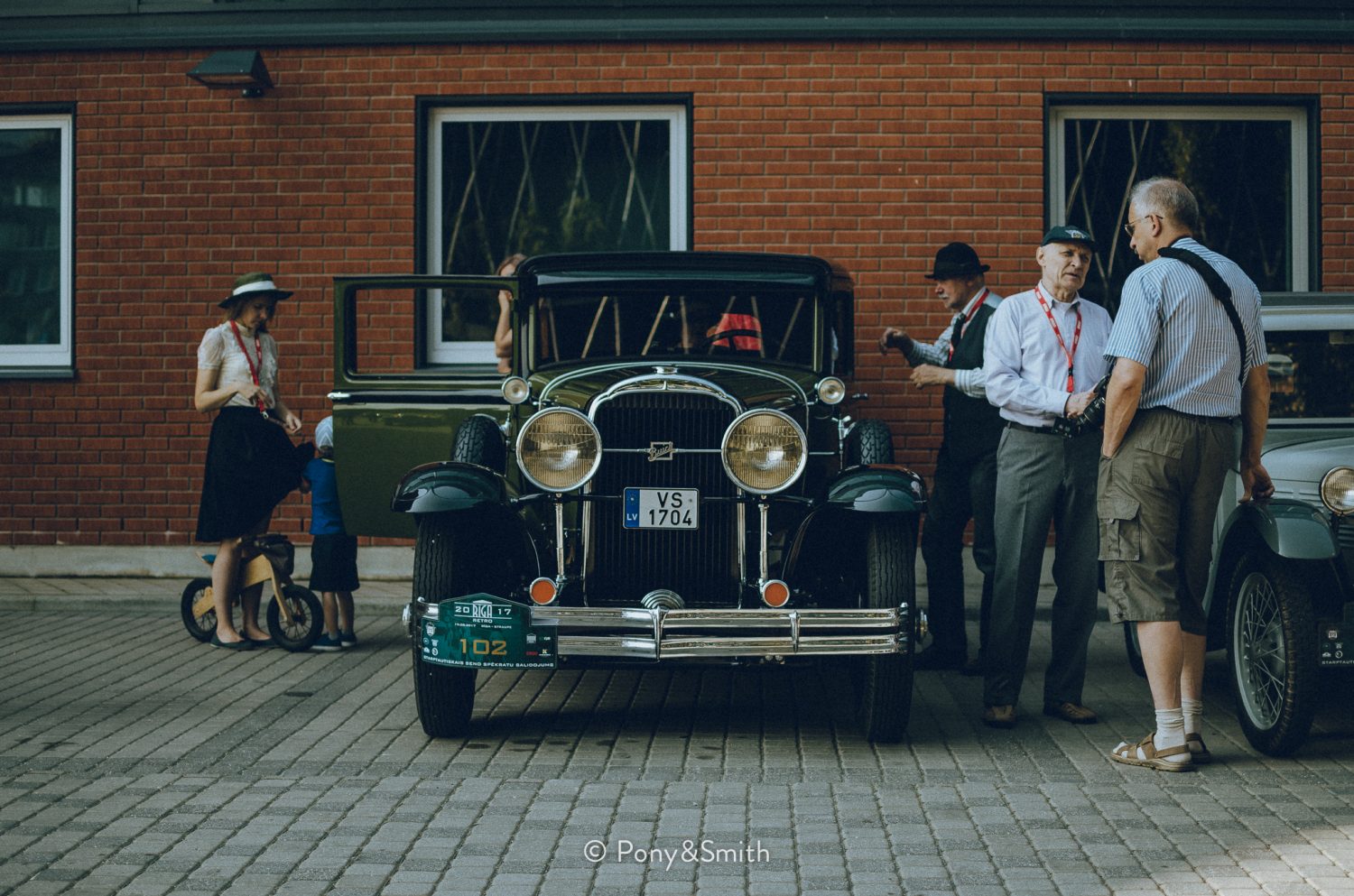 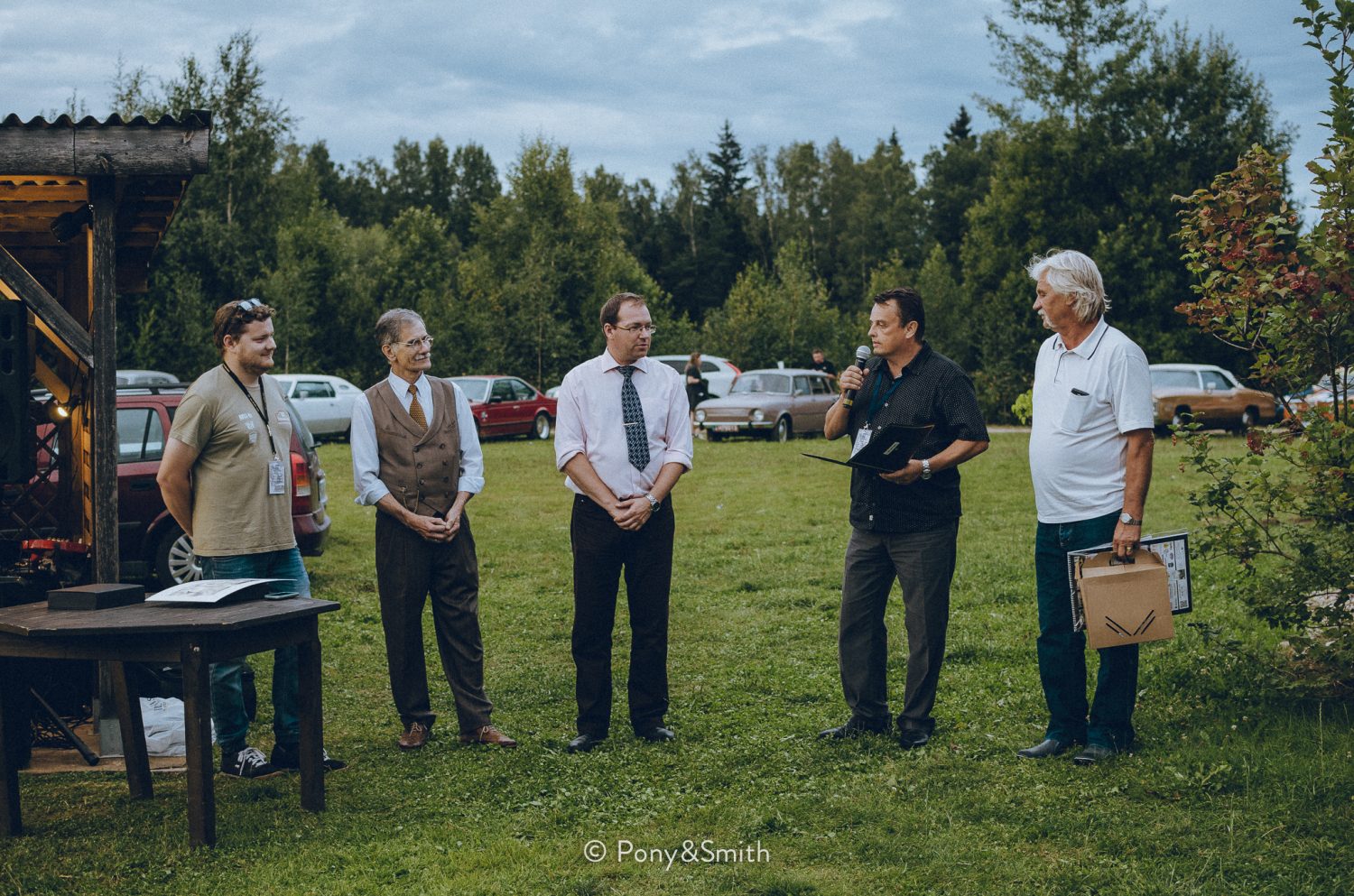 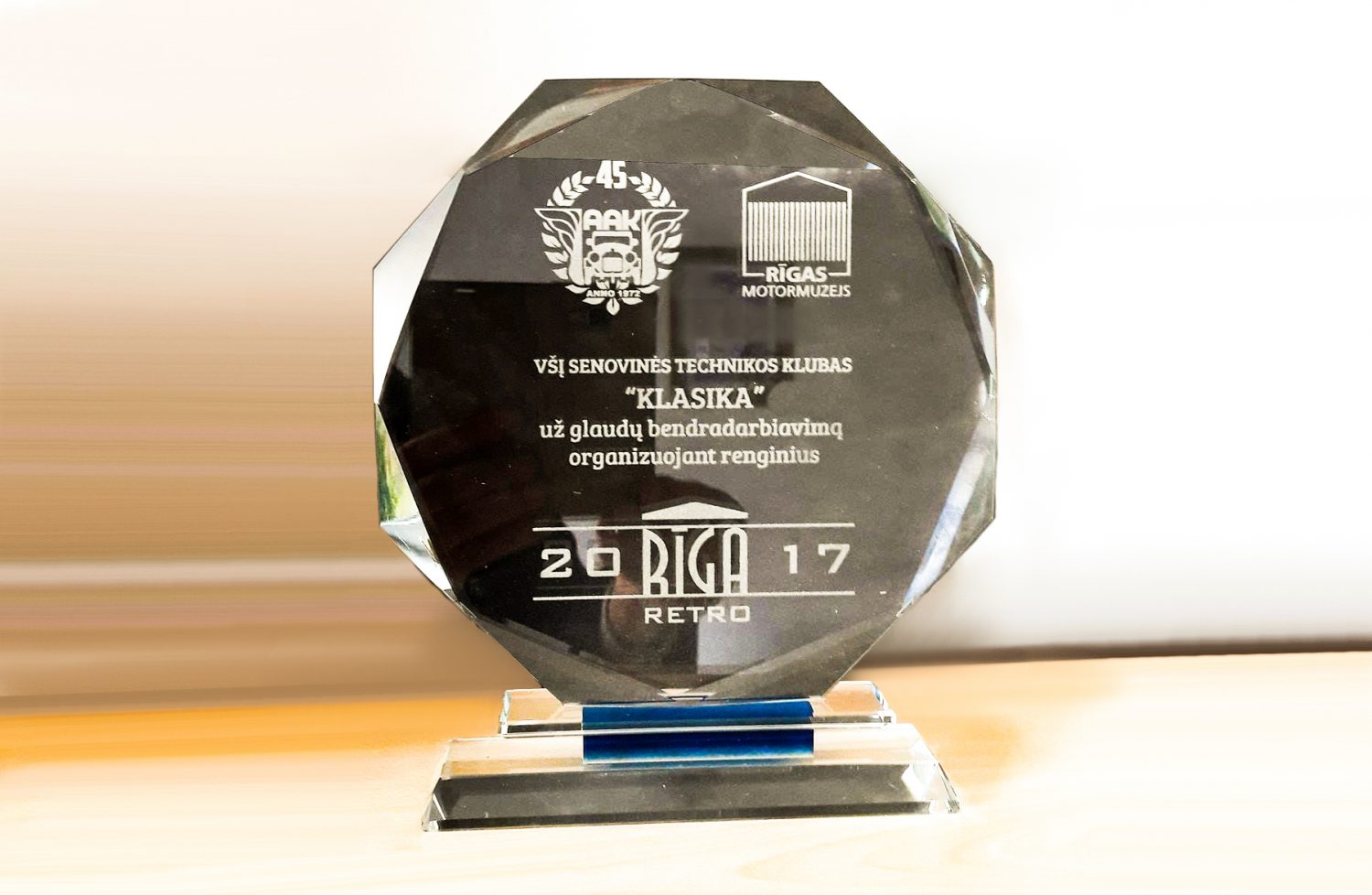 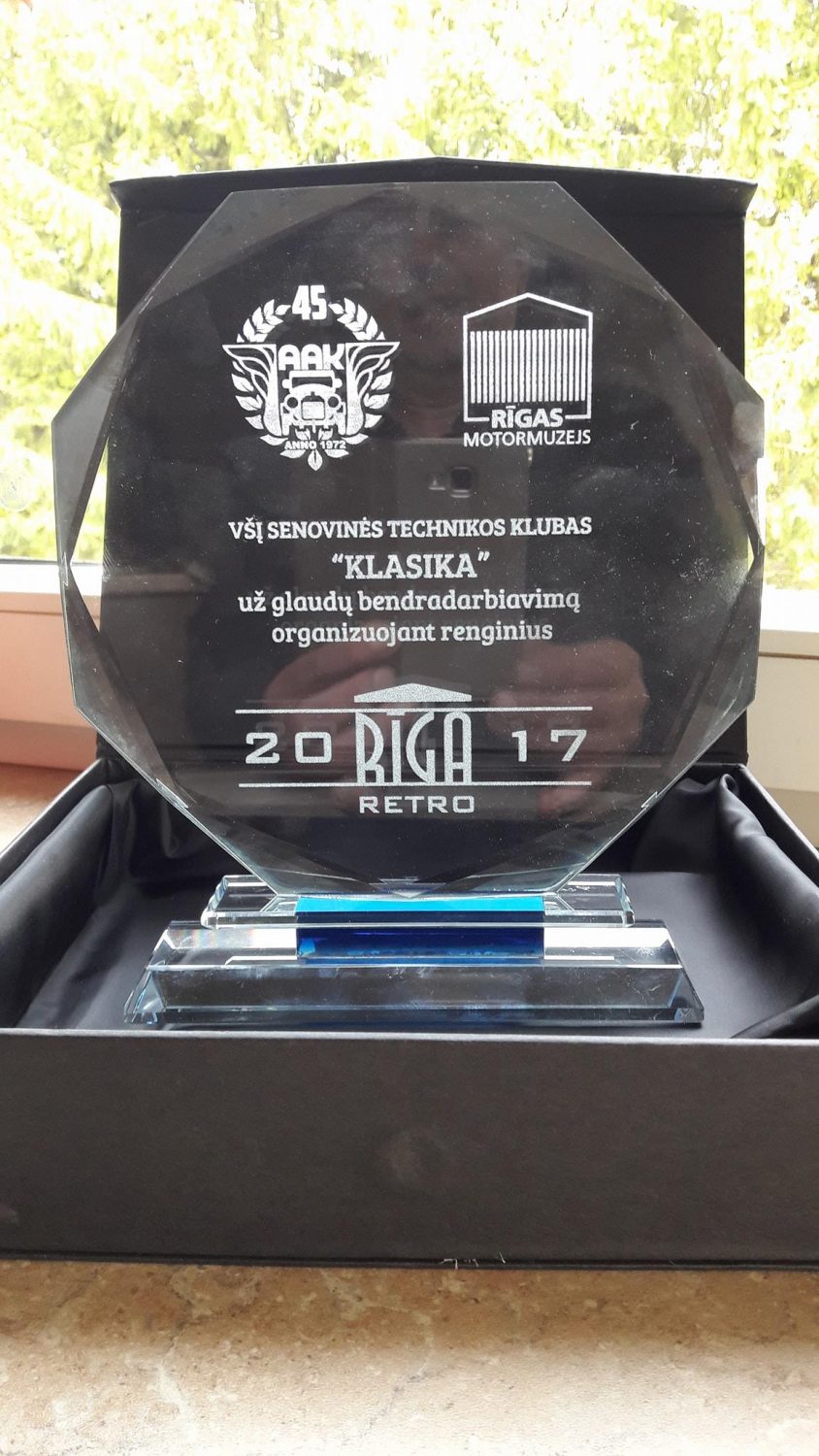 Thanks to our colleagues from Latvia Antique Automobile Club and Rīga Motor Museum!