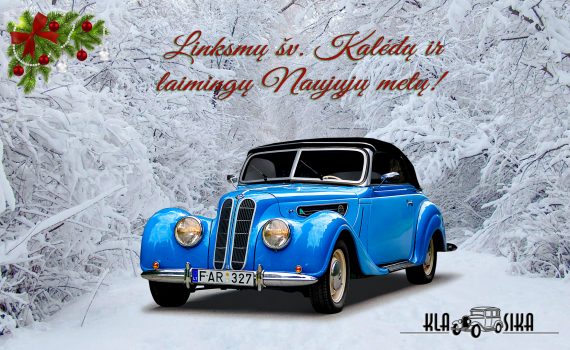 The more and more often we notice that in the mad day race we usually do not go along with our work and worries. Time catches and overtakes us… Maybe only when the New Year changes for the year, we stop, take a moment and look back calmly. Such a step, which has already become the tradition of the Antique Vehicle Club “Klasika”, has been repeated for almost a decade. Although, in truth, we will celebrate the tenth anniversary of the club only in the coming summer. But about that – later. To begin with, I would like not only to remind of the upcoming jubilee of the Club “Klasika”, but also to mention what was done in 2017…

The beginning of the „Klasika” season is announced

When spring comes, almost every owner of antique vehicle stares at the calendar and waits for the warmer weather and drier roads. This year, even without coming warming up, on April 29th the members of the Club “Klasika” decided to “wake up” the late spring and announce the start of the season of antique vehicles. During the of the club members meeting, there were discussed the last year 2016 activity results, future and perspectives of the club, signed on the new club members.

Just one week later, on May 6th, the “We drive 2017” event in Pasvalys distinguished itself not only with the great weather, but also with the abundance of participants. And there is nothing surprising, because this traditional festival is still popularly known as the opening ceremony of the Lithuanian Antique Vehicle season. According to statisticians, the historical cars of the Antique Vehicle Club “Classic” participated in all the “We drive” events that have been held so far. Therefore, the award “For Active Participation and Promotion of the Event” given by organizers to the Club “Klasika” was a natural and fair assessment. By the way, the technique of the club members was awarded two more times: the best motorcycle of the event “We drive 2017” was elected Dalius Linkevičius’ EMW R35/3, made in 1953, while the most beautiful car award was given to Vytautas Gineika’s Cadillac Fleetwood Eldorado Convertible, produced in 1975. 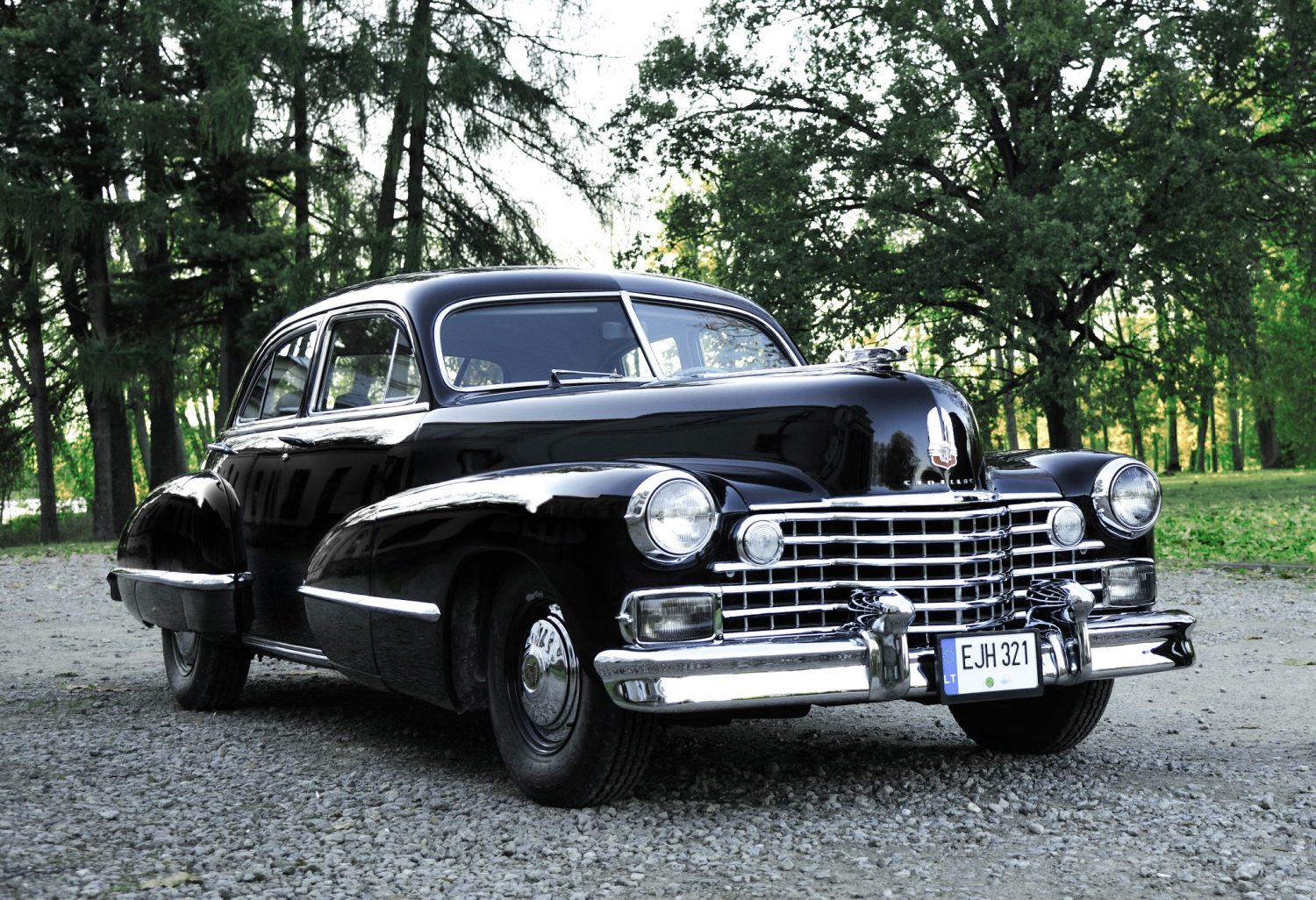 On May 27-28, the auto-retro festival “Golden Karaliaučius Shadow 2017” was held in Kaliningrad. For the first time, the Club “Klasika” members who took part in this event were pampered by the attention and respect of the hosts. Dalius Linkevičius, a member of the club “Klasika”, returned to Biržai with an award. Dalius drove the 1942 Cadillac Series 62 which won the title of the stylish festival car. 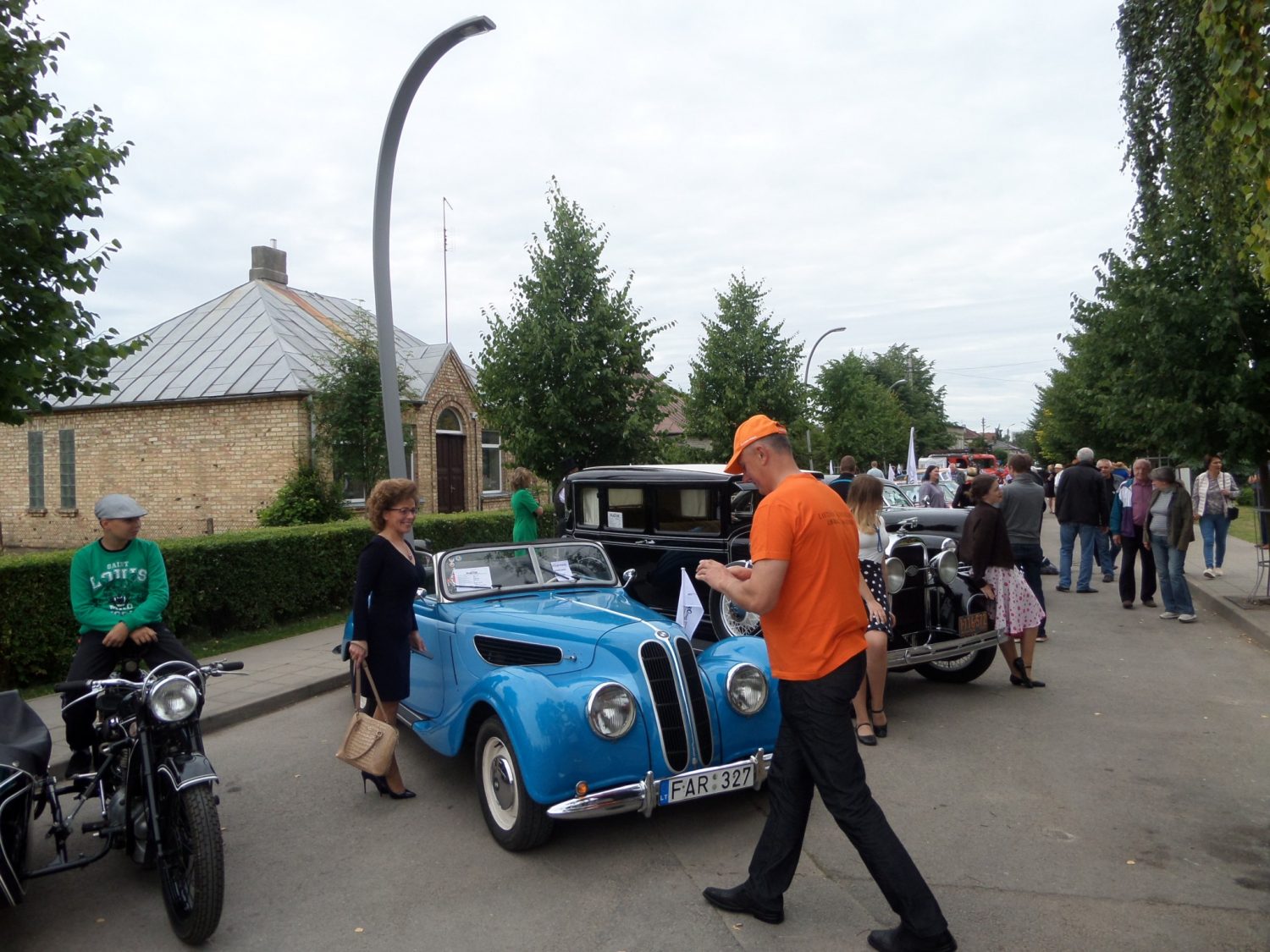 July 8th, the Antique Vehicle Club “Klasika” demonstrated its vintage technique at the festival of Joniškis town. “Just retro” – the image of this year Joniškis festival was fulfilled by the Club “Klasika” in the direct sense of these words. Having started its appearing on the parade and giving a lift to the honourable townspeople, “Klasika” cars created an unforgettable performance of history and development of automobiles in the center of Joniškis.

I think, if Biržai citizens were asked about the most exciting events taking place in the town, they would undoubtedly mention the antique vehicle meeting “Timeless Classic”. Already since 2008, historical car exhibitions organized by the Antique Vehicle Club “Klasika” diversify not only the cultural life of Biržai but have already become a prestigious event in the Baltic States. As it is written in the media, there are only a few festivals in Lithuania with many years of tradition that have successfully continued their activities for several years. “Timeless Classic” is one of them. Each year, not only the crowds of participants gather in the event, but also a growing number of spectators are coming.

Even 119 exhibits arrived at this year’s exhibition. Of these: 112 cars, 3 motorcycles and 4 trucks. Like years earlier, the event was dominated by the American technique, produced in 1920-1973. Participants of the festival came from eight countries: Finland, Estonia, Latvia, Russia, Belarus, Germany, Poland and Lithuania. The quality and quantity of the exhibition were delighted not only with spectators, but also with experts in antique technology. In their opinion, Lithuania has never had such a great historical vehicle event yet. The number of cars produced in the interwar period (1914-1945), which was at least twenty, was astonishing and impressive even at the level of neighboring countries! Not without innovations. This year, visitors to the exhibition could not only hear the interviewed owners and drivers of the vintage cars, but also see them on a huge television screen. In this way, congestion from the exhibits was avoided, and the history of each vehicle’s development reached even the most distant corners of the exhibition. And the fact that the mere dry facts did not get boring, interviews with the participants of the exhibition changed the performers’ songs, and they were changed by the video films presenting sponsors of the exhibition, organizers and the previous festivals of the Antique Vehicle Club “Klasika”. 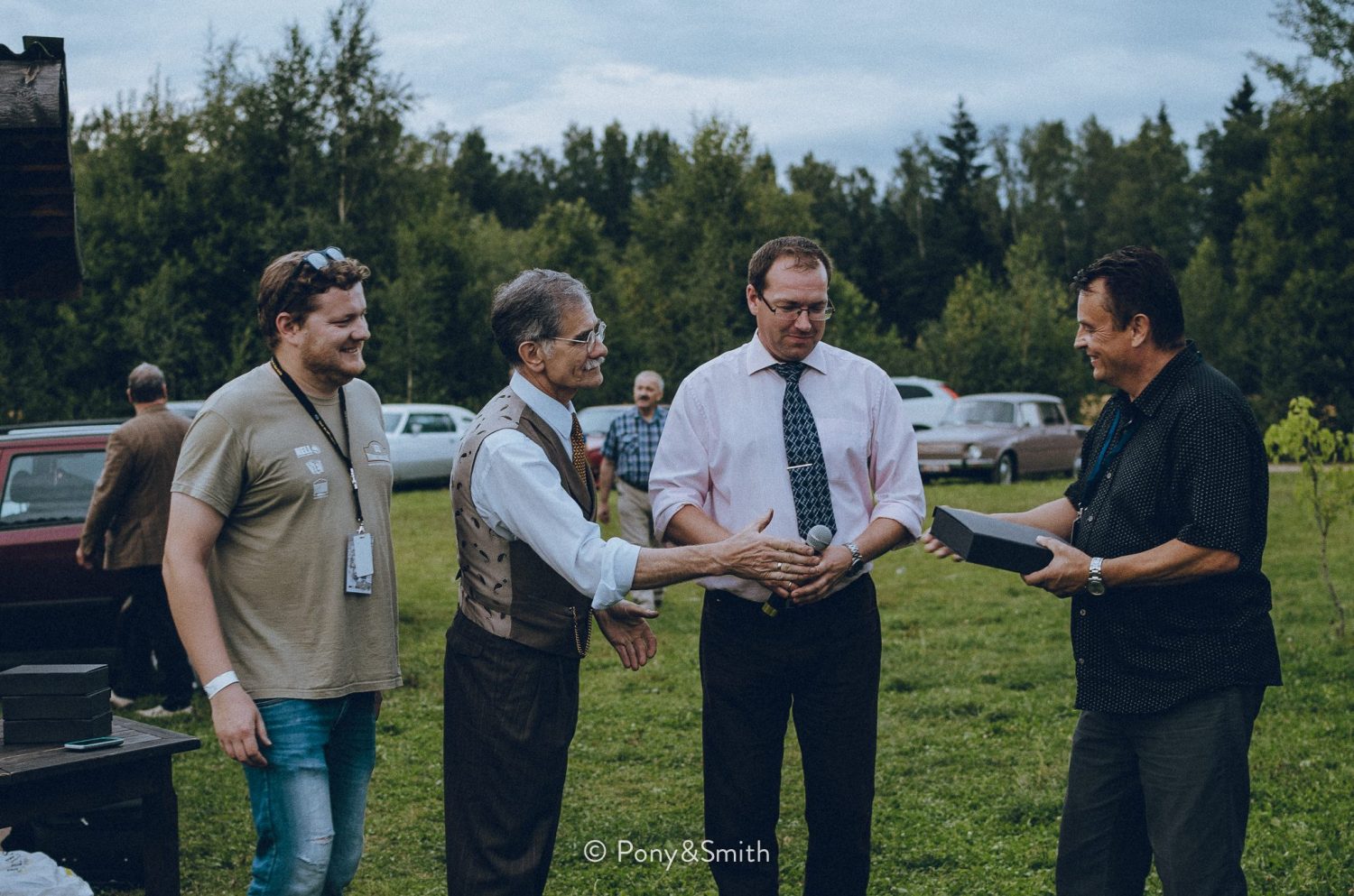 After the exhibition in Biržai blowing over, two weeks later, on August 19th, two good antique technique events took place. In Riga – “Riga Retro 2017” and in Estonia – antique technique event in Pernu. Situation – albeit tear up! And it had to be done… The Club “Klasika”, divided into two parts, participated here and there. If the event was regular in Estonia, then “Riga Retro 2017” was an anniversary event. During this event, the Latvian Antique Car Club (Antiko Automobilu Klubs) celebrated its 45th anniversary. To participate in the festival of antique technology and to congratulate the jubilee arrived guests not only from Latvia, but also Estonia, Norway, Finland, Lithuania and Russia. AAK (Antiko Automobilu Klubs) not only accepted the greetings, but also rewarded the fans who foster the Latvian antique technique. It is a pleasure to mention that the only international nomination for foreigners was earned by the Antique Vehicle Club “Klasika”. 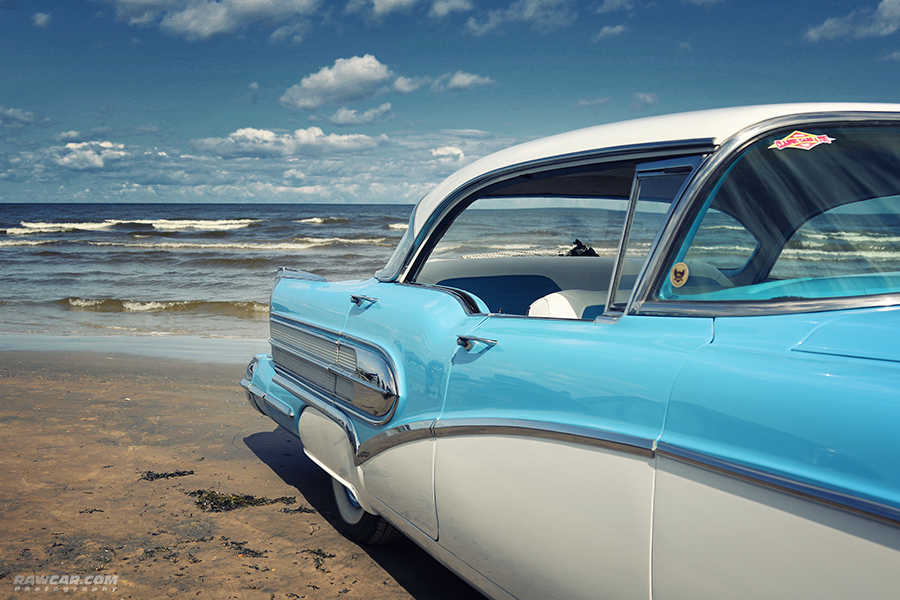 In Latvia, like in Lithuania, two interesting events of antique technology take place. If our Antique car meeting “Timeless Classic” matches the solidity along with the “Riga Retro”, then the “Retro Jūrmala” event in its free spirit – with Pasvalys “We drive”. Maybe, Pasvalys should not be compared with Jūrmala, but both events are something like that. Maybe it’s predominantly playful on Soviet themes, and maybe both look at the technical age and the rules of participation at a glance. Or maybe it’s always interesting to participate in them. So, this year, the “Retro Jūrmala 2017”, which took place on August 26-27, was already the eighteenth. I’m glad to mention that “Klasika” did not return empty from this festival too. The club was awarded with a prize and a letter of honor for constant and solid annual participation in the “Retro Jūrmala” events. 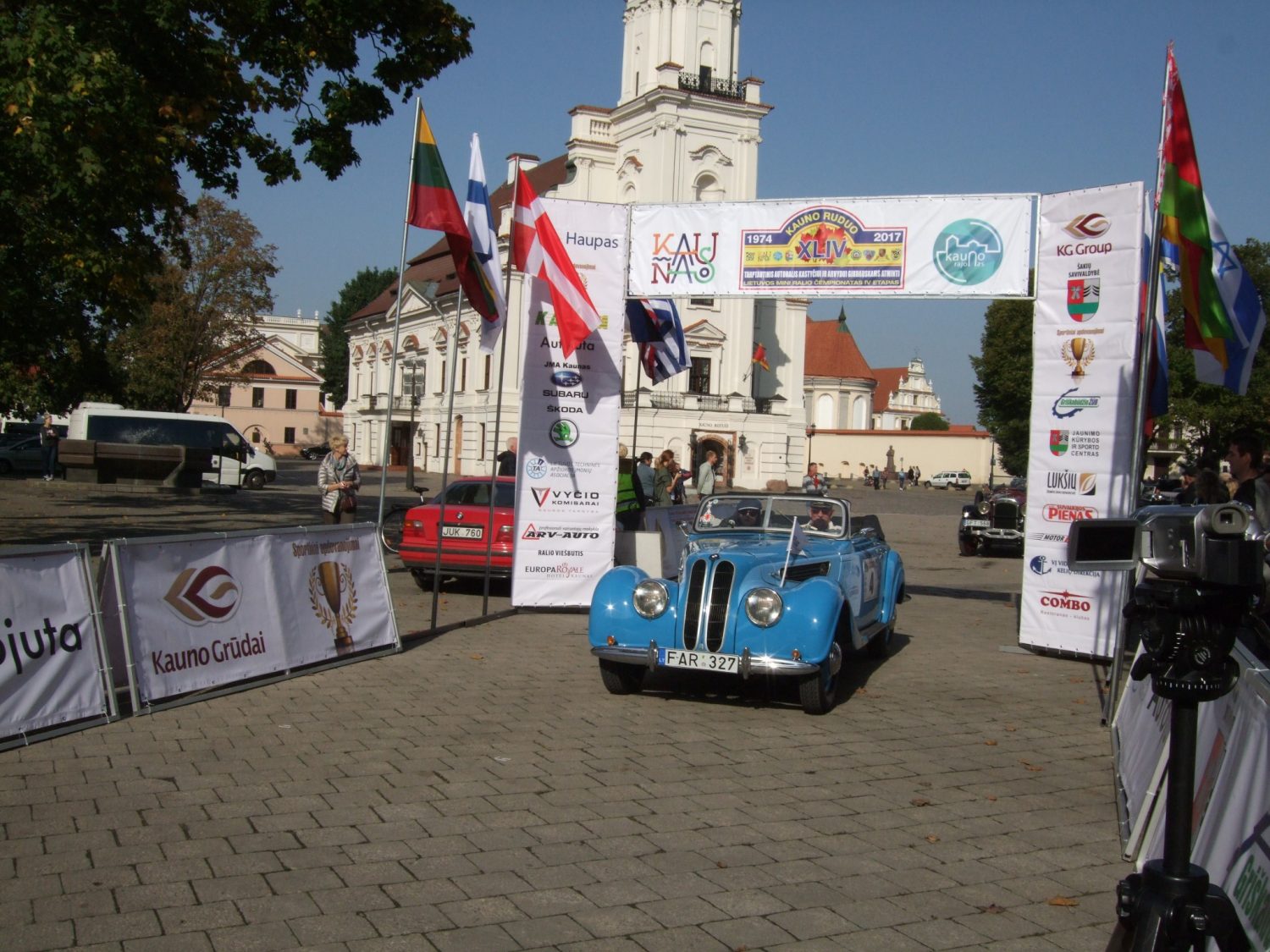 Soon, we received the other good news from the “Kaunas Autumn 2017” rally which took place in September 23-24. A member of the club “Klasika” Arūnas Adomaitis, driving BMW 327 Sport Cabrio, made in 1939, was the winner of this race in the class of antique cars.

Sometimes, achievements and gratitude are regular, and sometimes unexpected…
This year, in the reception to honour the supporters of Biržai town festival, the Antique Vehicle Club “Klasika” was awarded by Biržai district municipality mayor thanks. On this occasion, I would like to express my sincere thanks to all the members of the club, friends, acquaintances and supporters of our club, who have given their opportunity to become one of the main sponsors of Biržai town festival for many years. 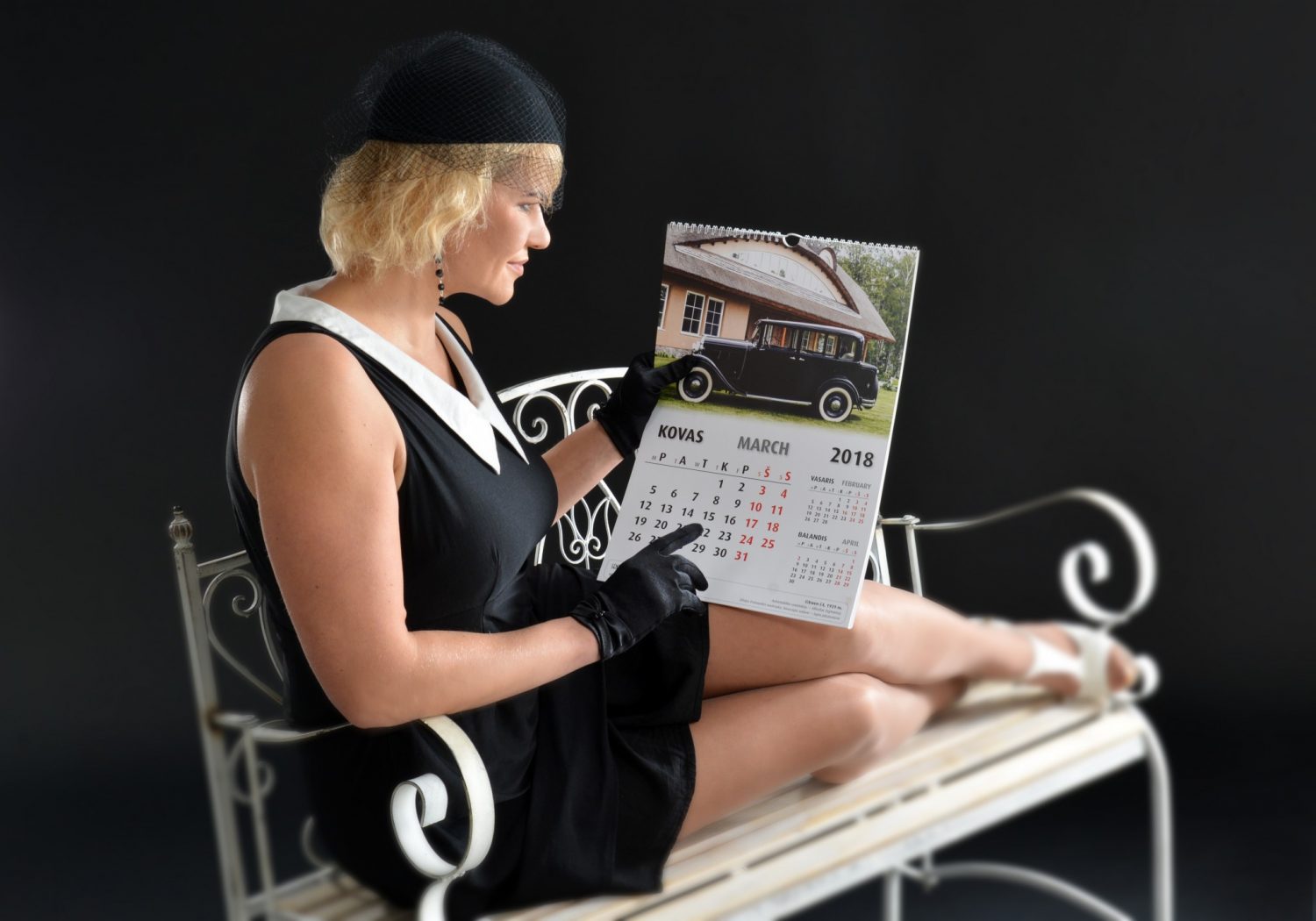 It should be noted that the goal of the Club “Klasika” activity is not only the demonstration of historical vehicles, but also the popularization and promotion of antique technology. One of the ways in which the Club “Klasika” has been famous since its beginning are publications that promote interest in historic cars and motorcycles. This year, even the middle of the summer, the sixth annual calendar of the Club “Klasika” was published, not only that it did not lose its direct information purpose, but also retained its own artistic expression. This publication is not only the continuation of the Club’s “Klasika” traditions, but also the search for new photographic solutions and the reflection of history and of today as we go on … 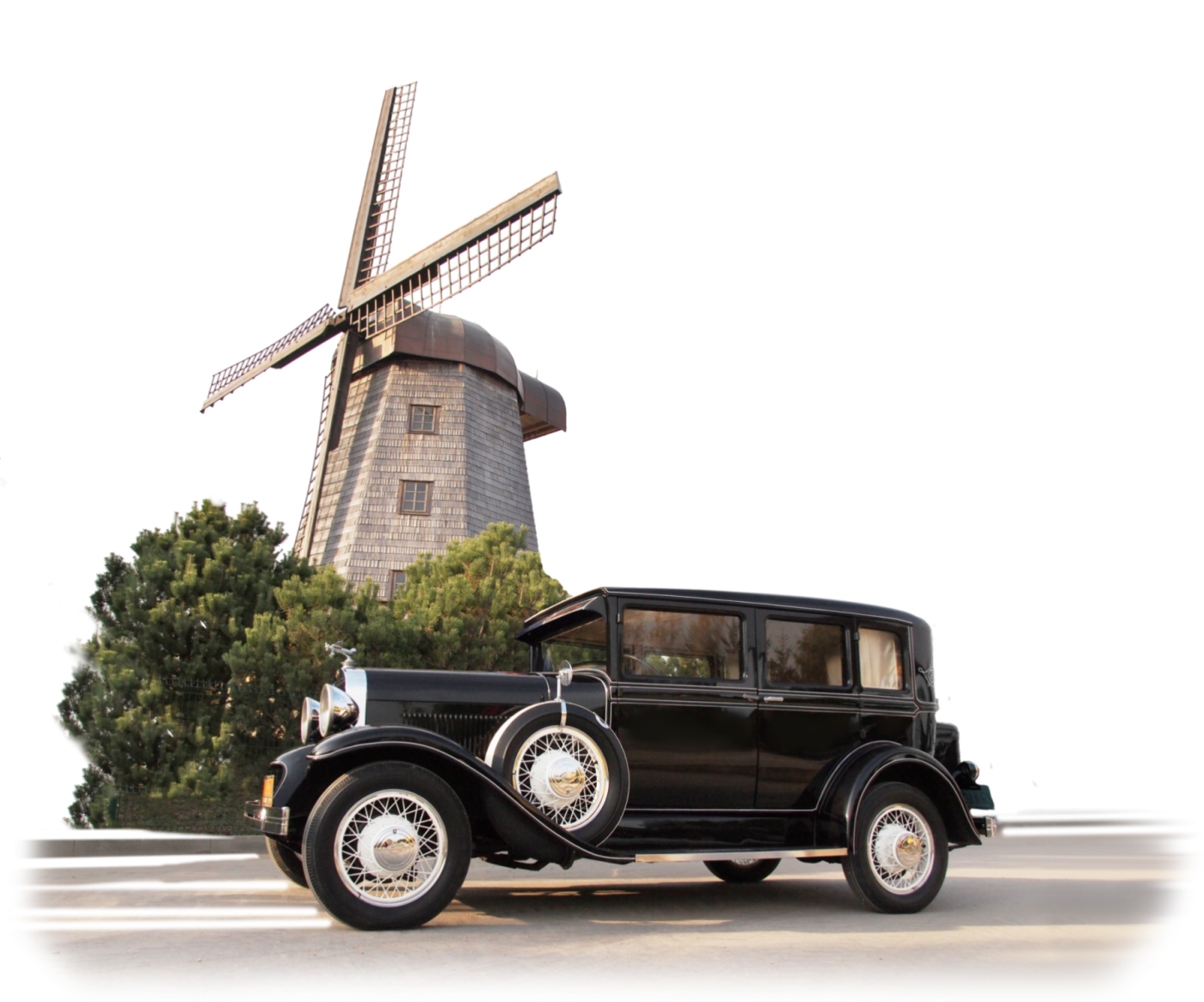 Well, now a little about the plans of the “Klasika”. As I mentioned at the beginning, 2018 – anniversary year. Not just for us. Next year we will celebrate not only the 10th anniversary of the Antique Vehicle Club “Klasika”, but also mention the 50th anniversary of the Biržai Aeroclub and the 100th anniversary of the restoration of Lithuania’s state. Of course, it will be difficult to make a decent appearance in such a celebration of jubilee, but we will make every effort to make our festival meaningful and prominent. Traditionally, we will celebrate the club’s birthday in the “Timeless Classic 2018” event, which will take place together with Biržai town celebrations, on the first weekend of August. In addition, our plans will not neglect other, already started work and projects: calendars, magazines, documentary film publishing, educational activities and the promotion of antique techniques.

Well, finally, I would like to invite you to the “Klasika” events of 2018 and to congratulate with the Holy Christmas! Wishing good, meaningful work, snowstorms, light frosts and happy New Year!