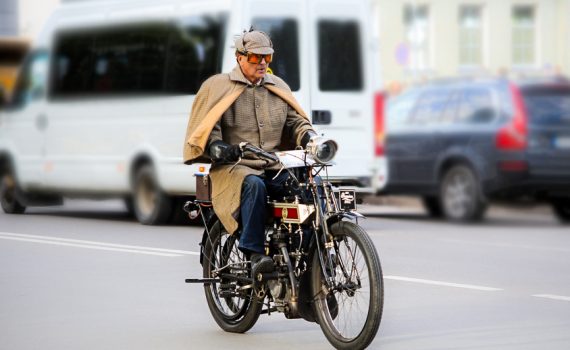 
Although this summer is rich in antique technique events, serious and worthy attention is not so much. Besides the traditional meetings in Pasvalys, Biržai, Riga and Jurmala, there has been a rare event which attracts the attention of genuine retro technique collectors and experts. One of them is the opening of the antique moto technique exposition in Latvia, on June 9th. Perhaps this event would not be so special, if not Alfreds Zamockis, the owner of this collection, who could well be called the symbol of the antique Latvian moto technique because of his activity and eccentricity.

So, a little more about this interesting person, whom everyone calls very simple. “Fred!” – presents himself always smiling and is a veteran of the Latvian motorsport who does not search for a word in his pocket. Being asked how his friendship with the two-wheeled technique began, a man with humor tells that when his mother sold a cow in 1960, he bought his first Kovrovec motorcycle. He became a true sportsman in 1963 serving the Soviet Army in Belarus. The competing in the ring motorcycle race was the start of a professional career, which went on successfully when he returned from the army. Now, with nostalgia and pride, Fred remembered that there was no such a Soviet motorcycle with which he would not have started race. Participating in motocross championships not only in Latvia but also in other Soviet republics, he became a sports master of the Soviet Union in 1975. Ironically, the sportsman has never been a Latvian motocross champion, but twice won the Lithuanian Motocross Championships and once Estonian.

After stopping his sporting activity in 1980, he devoted himself to pedagogical and managerial work: trained young people and headed the motor sport club. During his long career as coach, he trained eight sports masters and trained one international master of sports. Fred says that active work in Latvian motosport he only finished last year. Now, more time remains for the maintenance and replenishment of motorcycle collections and for participation in antique technique events.

Speaking about the exposition of his museum, the collector notes that it is possible to see not only 29 sports motorcycles made in different countries, but also all that is related to these two-wheeled vehicles. Fred says he got sick with collecting passion in 1989, participating in the prestigious “Isle of Man TT” event in England. Then, in the times of Gorbachev’s „perestroika“, Alfreds with his several colleagues was released from the Iron Curtain for the international presentation of six Soviet antique motorcycles. It is understandable that the abundance and diversity of technology involved in the global event so surprised the man of the Soviet ideology system that he returned home and began to think about changes in his activities. Moreover, the independence of the Baltic States has regained momentum and the relationships acquired in England have only stimulated it. So, the first motorcycle in Freddie’s collection was a sporting ESO 350 made in Czechoslovakia, in 1958.

Over time, motorcycles and their attributes had been increasing until the end of 2007. When the collector opened the Museum of Antique Vehicles in Ozolnieki, near Jelgava. It already exists that life does not stand on the ground and sometimes leads to cardinal changes. One of them is the change of residence. Moving from Ozolnieki to the suburbs of Talsi, Alfreds brought his antique exhibits here. It took some time and effort before the collection of sports motorcycles and their attributes was not so fitted into two rooms of the living house. So, on June 9th, the opening and presentation to society of an antique moto technics exhibition has taken place.

Alfred is known to some as a motor sport propagator, while others know him as an active member of the Latvian Antiko Automobilu Klubs (Antique Automobile Club). A. Zamockis and a small part of his technique have been known since the year of 2012 for Lithuanian antique technique lovers. In that year, the never-ending veteran participated in the exhibition of antique vehicles in Biržai for the first time and since then has become a regular participant of the “Timeless Classics” festivals. By the way, Fred has several times been awarded with the oldest vehicle prizes at these exhibitions: in 2012 – driving a “Douglas EW 350” motorcycle, made in 1927; in 2013 – arrived at the event by “Oldsmobile 30 A” car, made in 1923; and in 2015 – appeared with the motorcycle “Premier”, made in 1910. 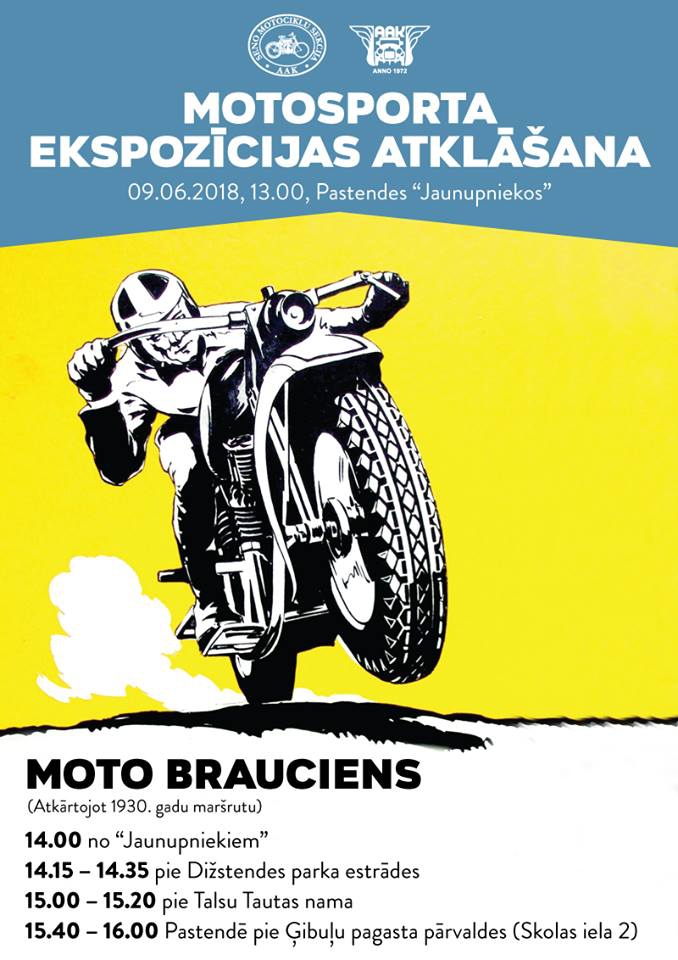 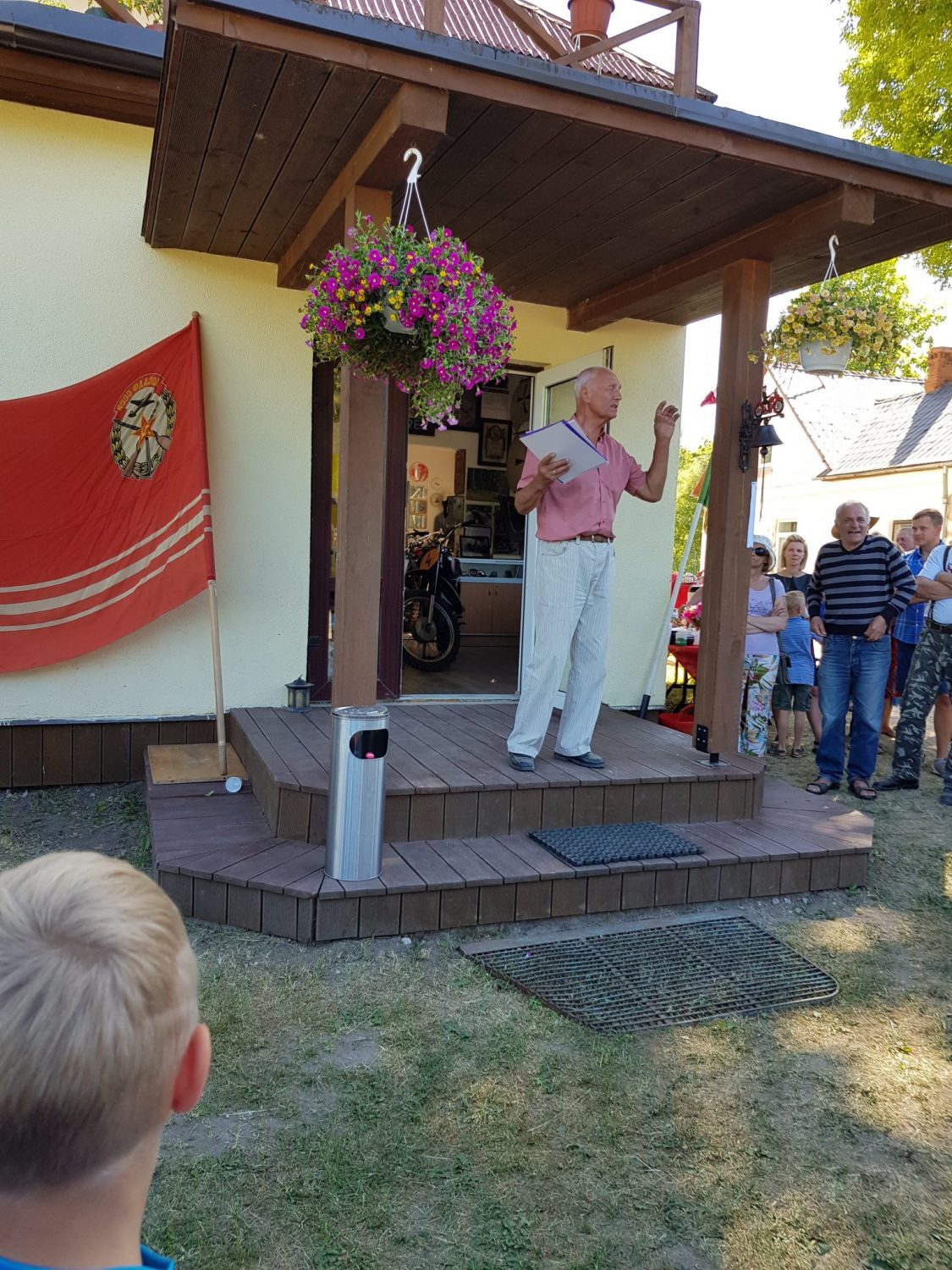 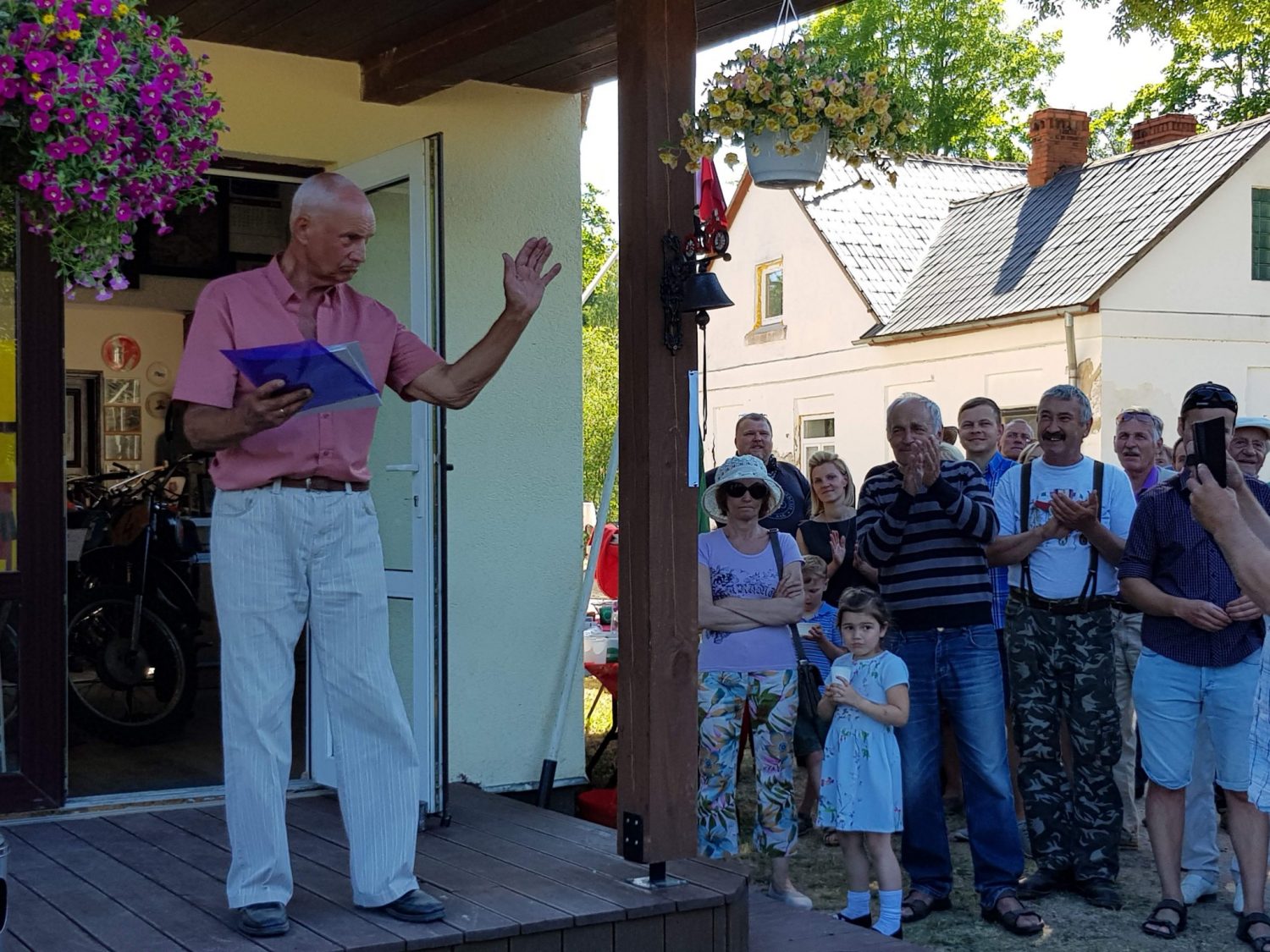 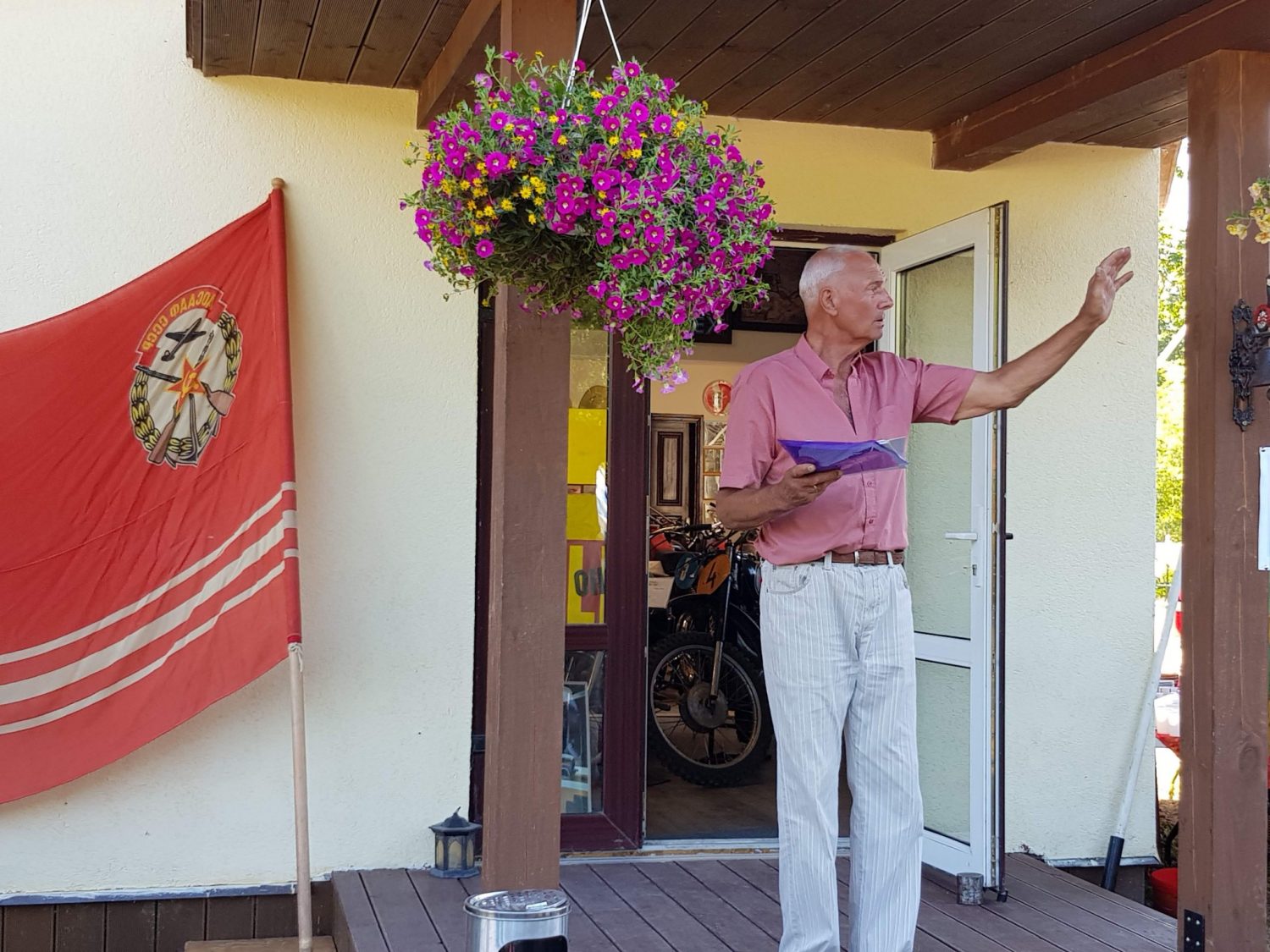 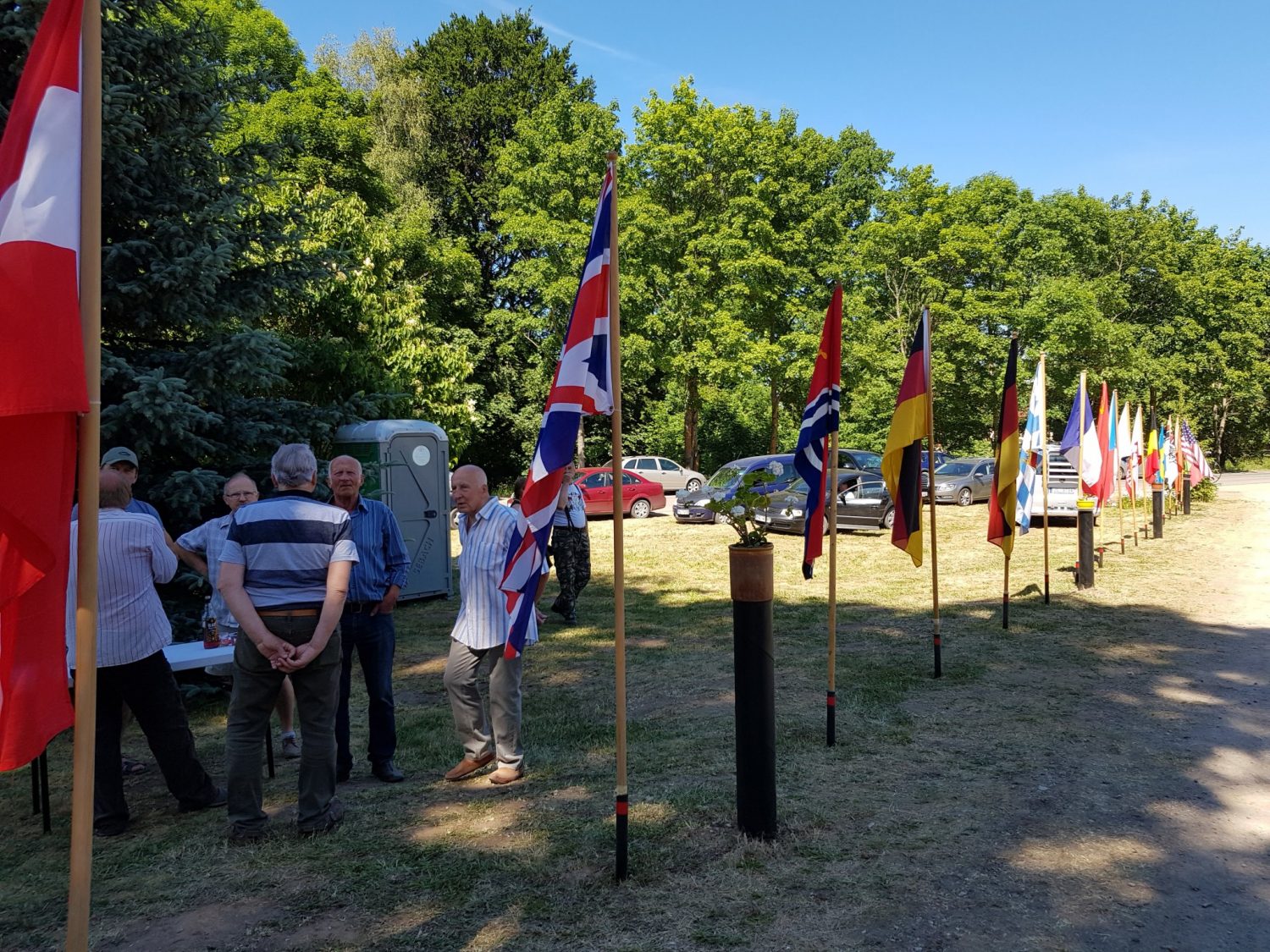 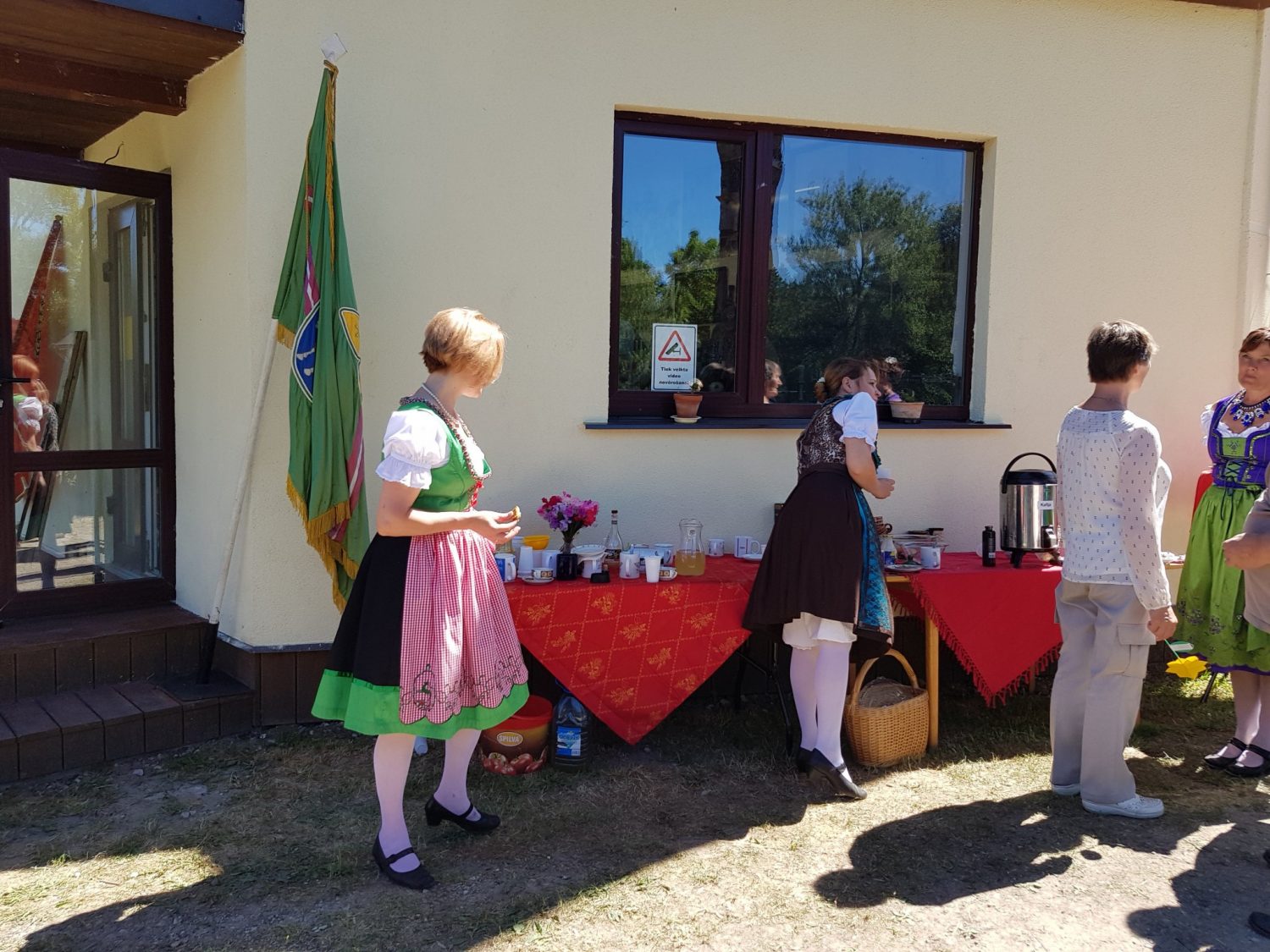 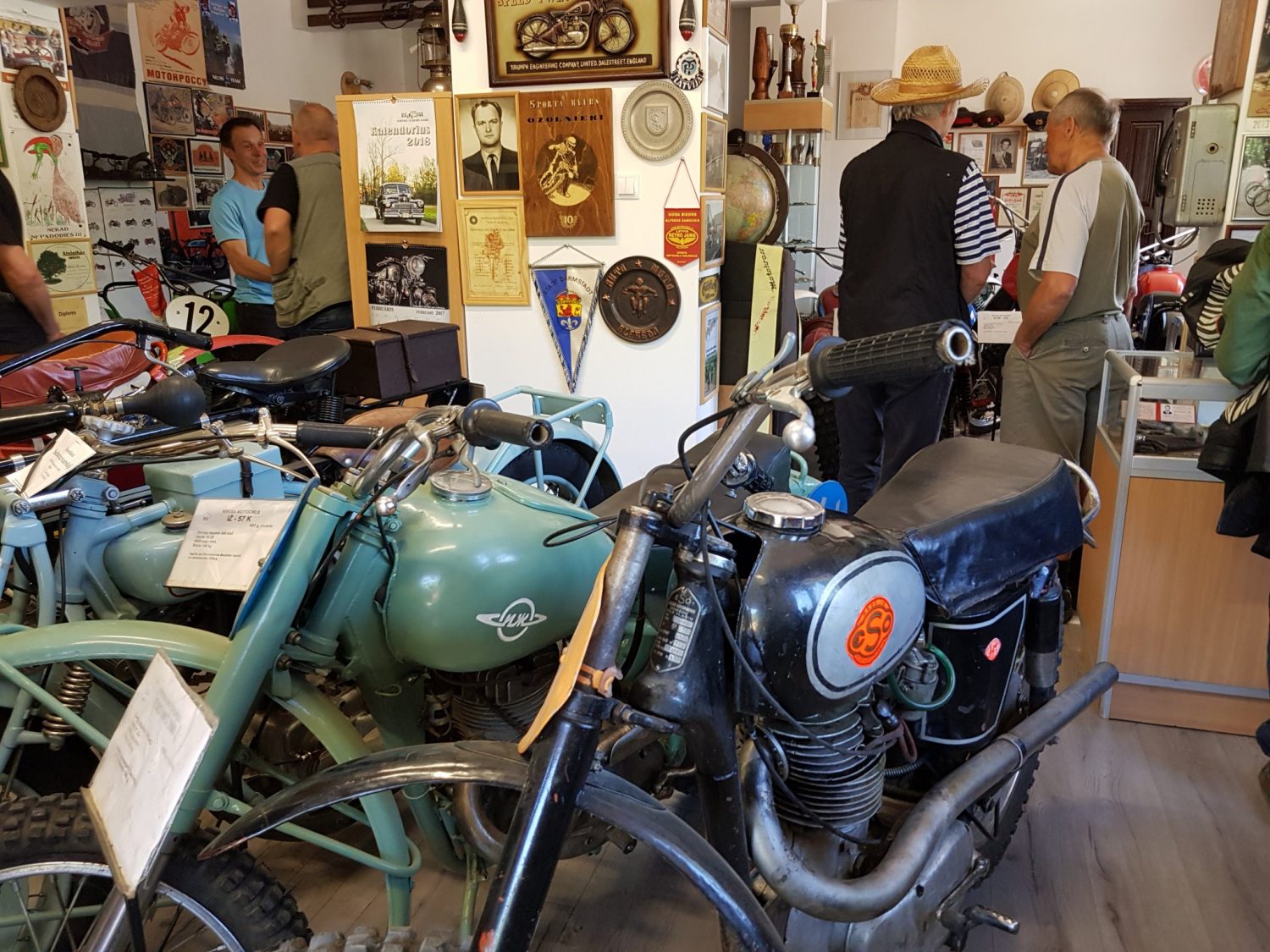 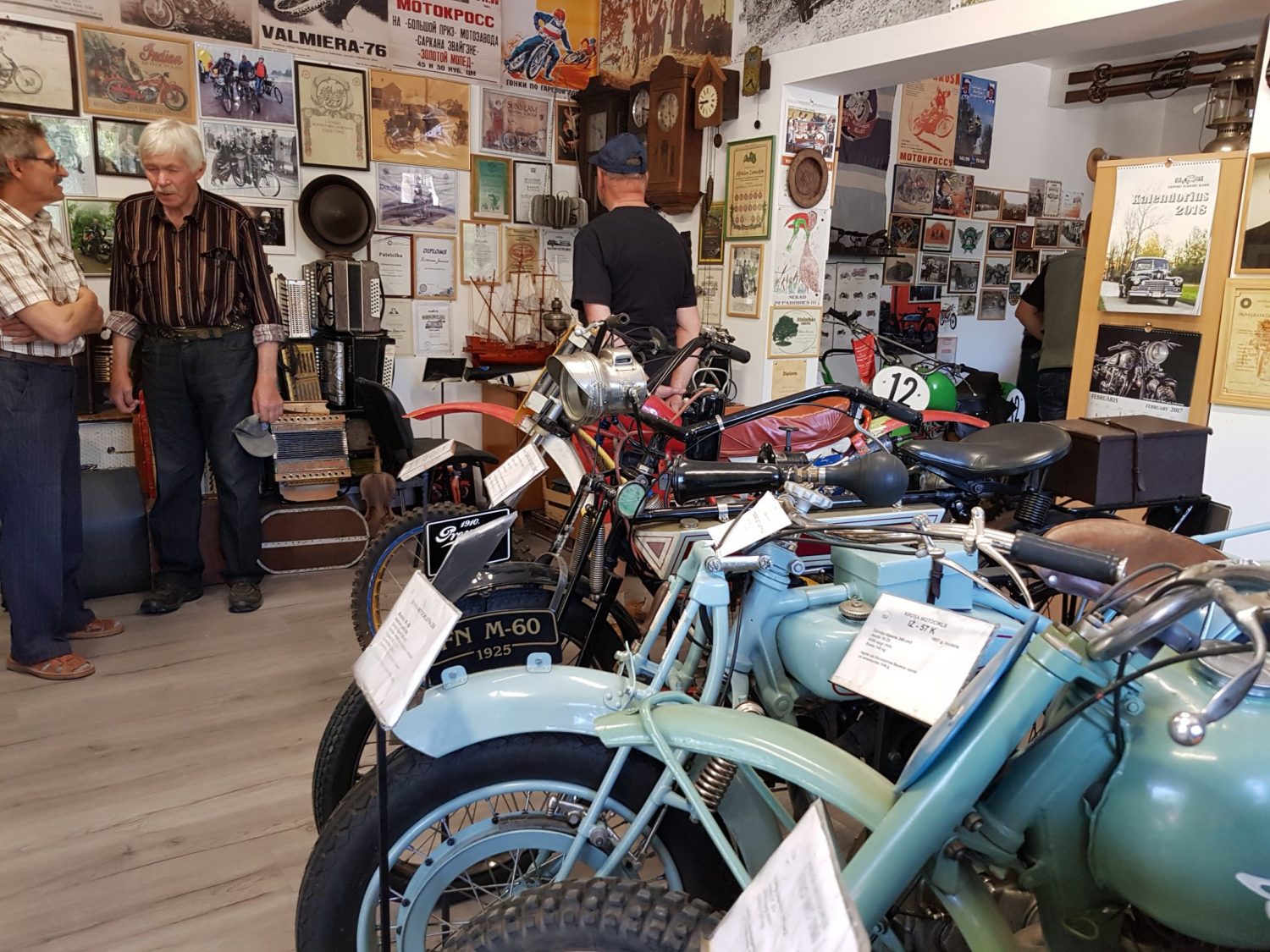 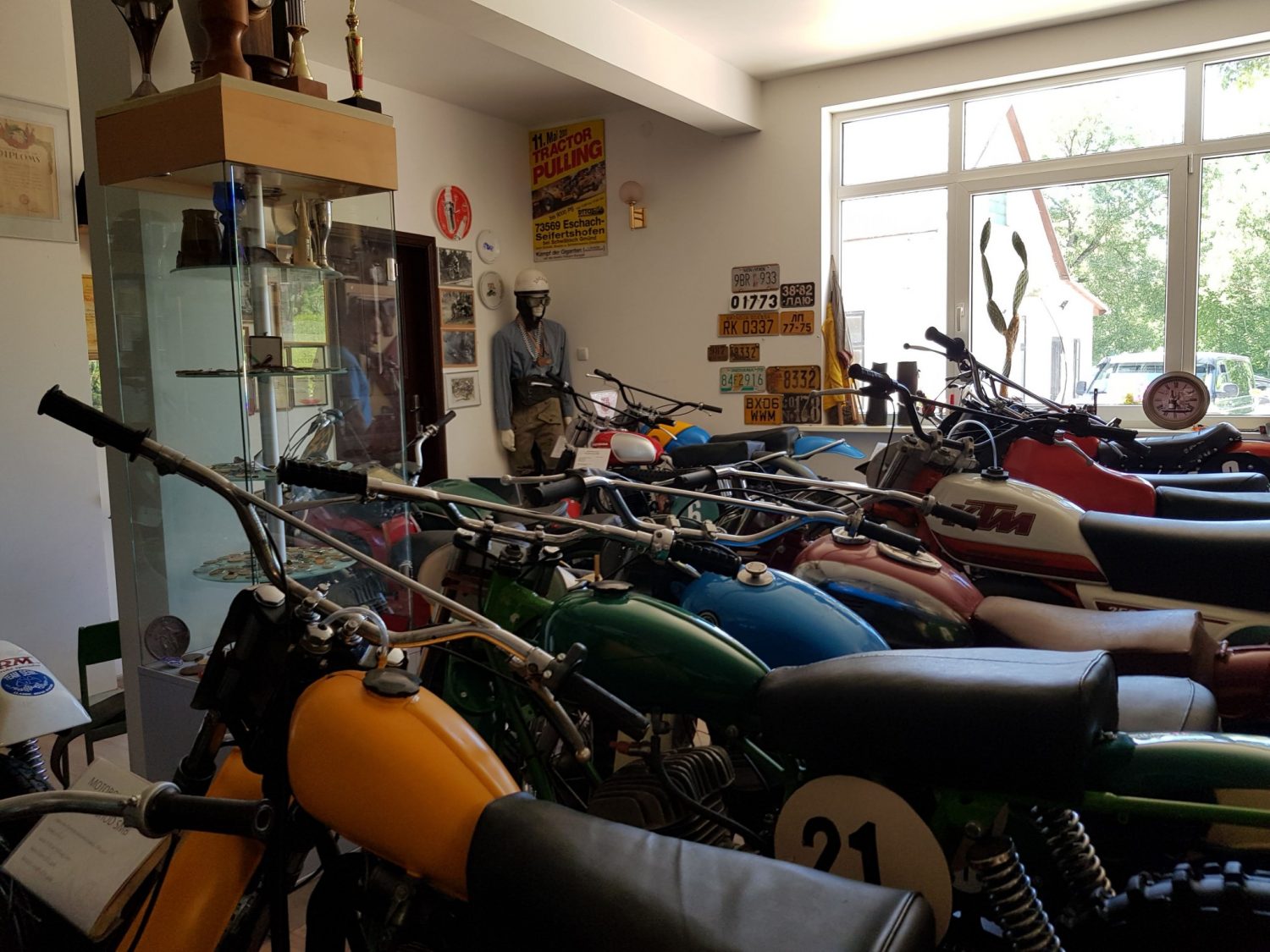 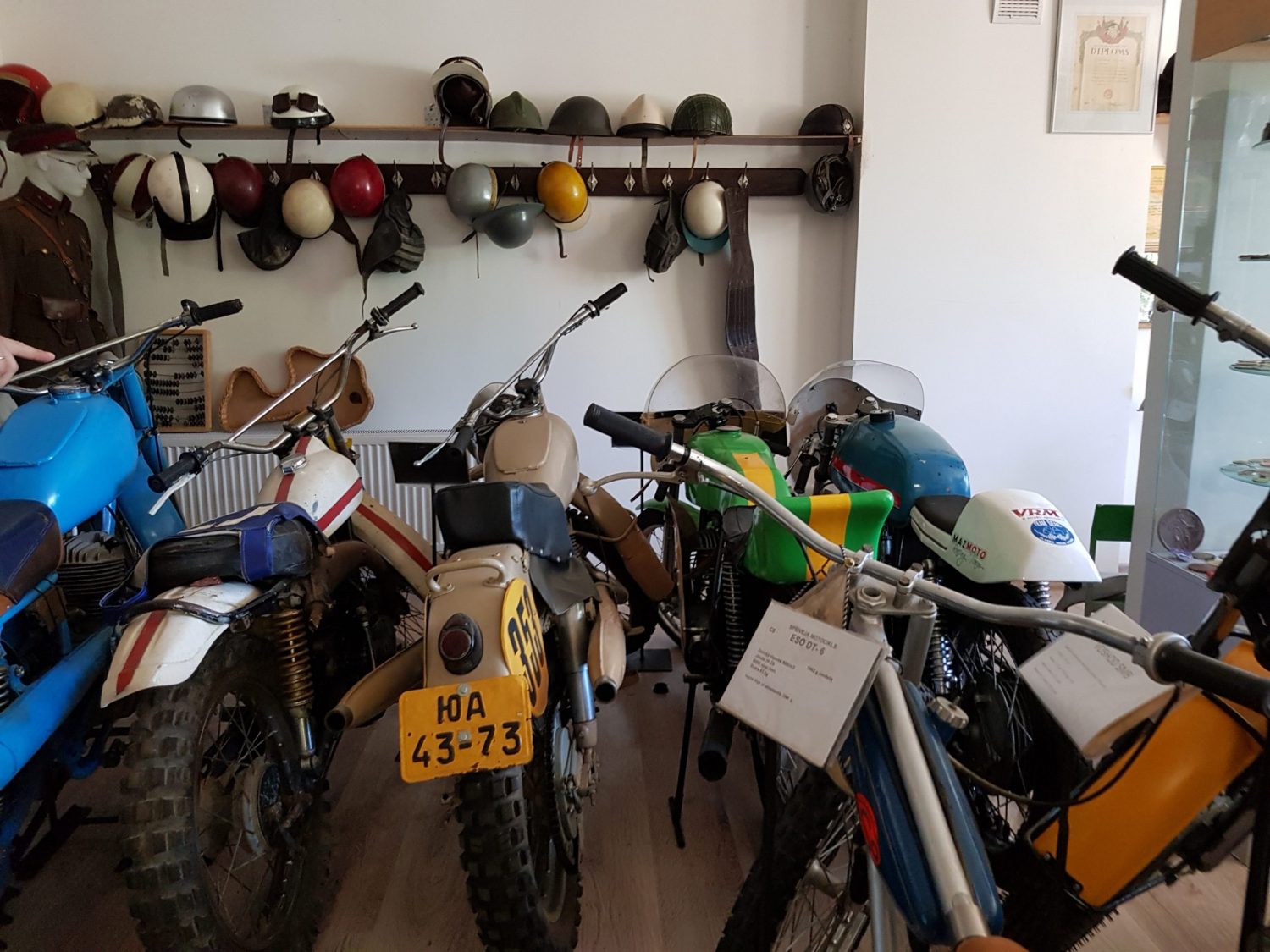 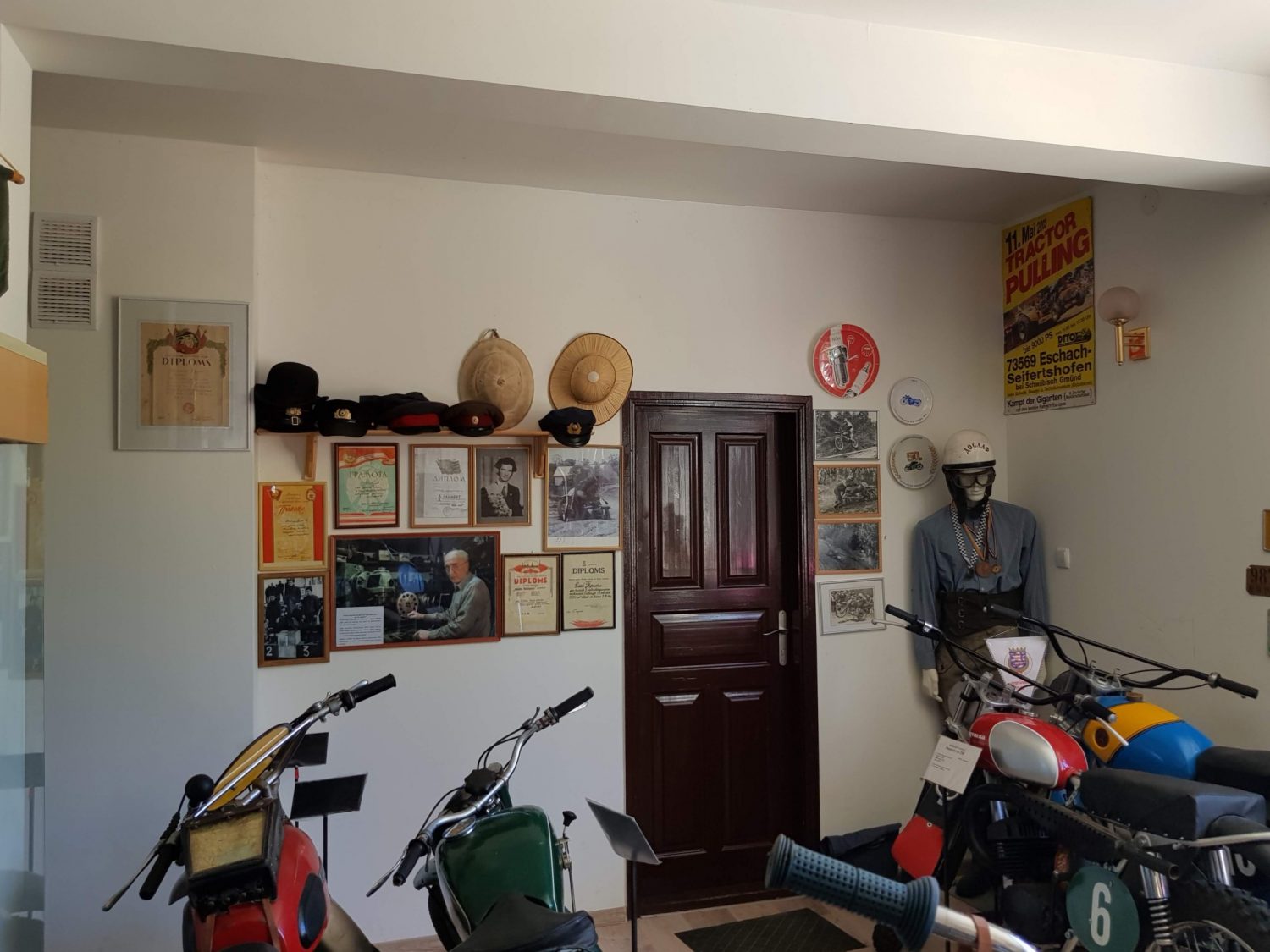 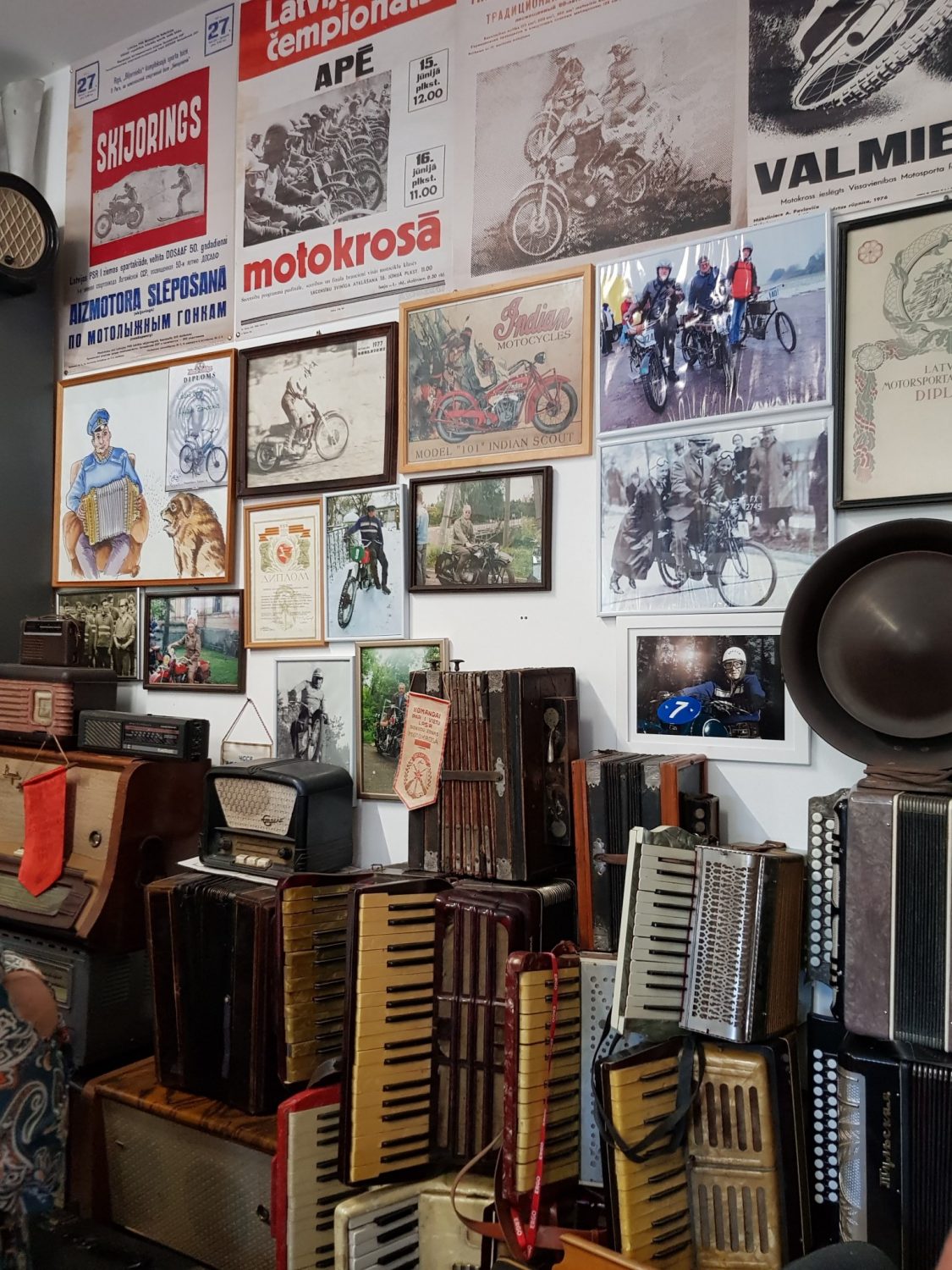 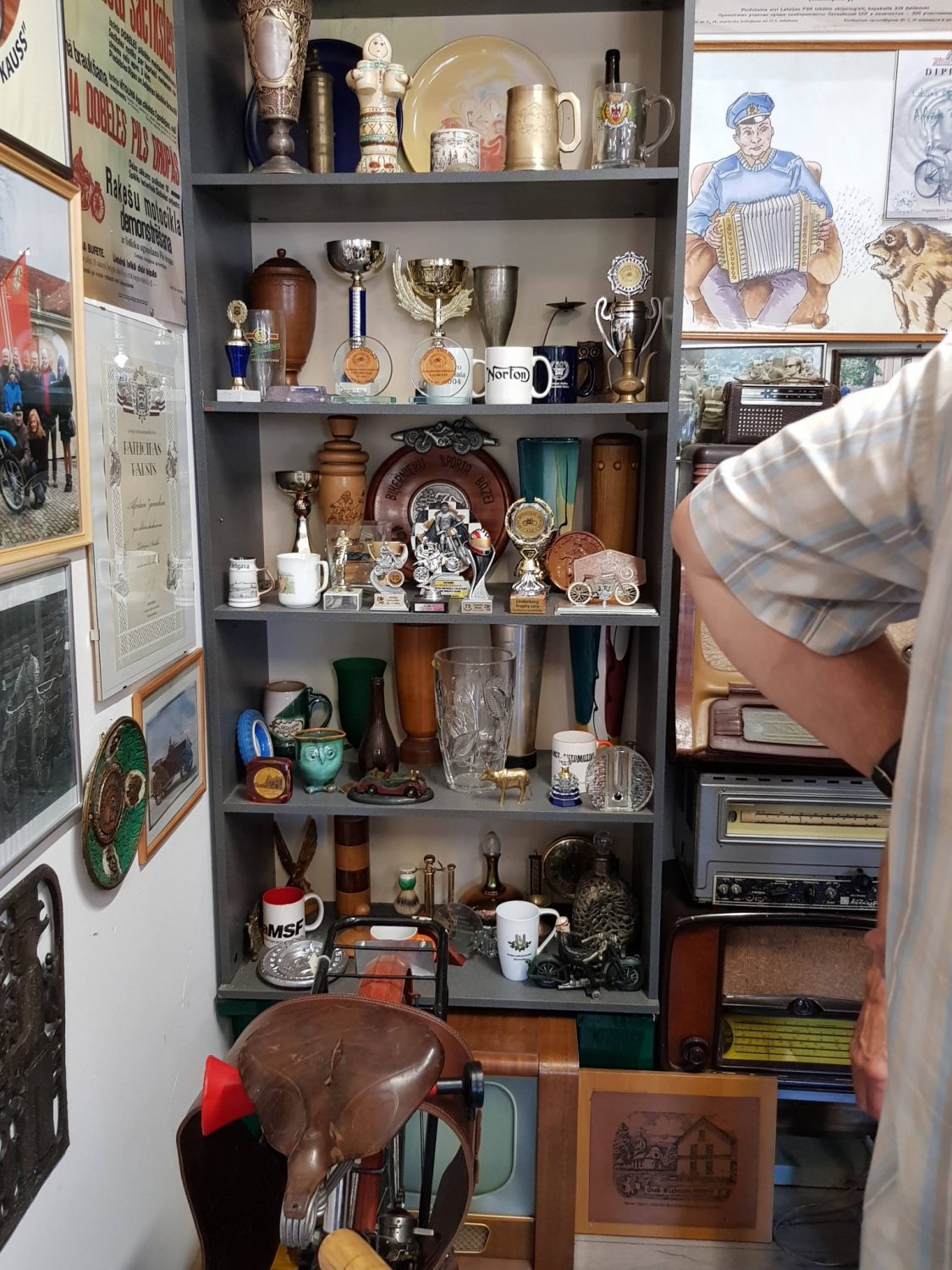 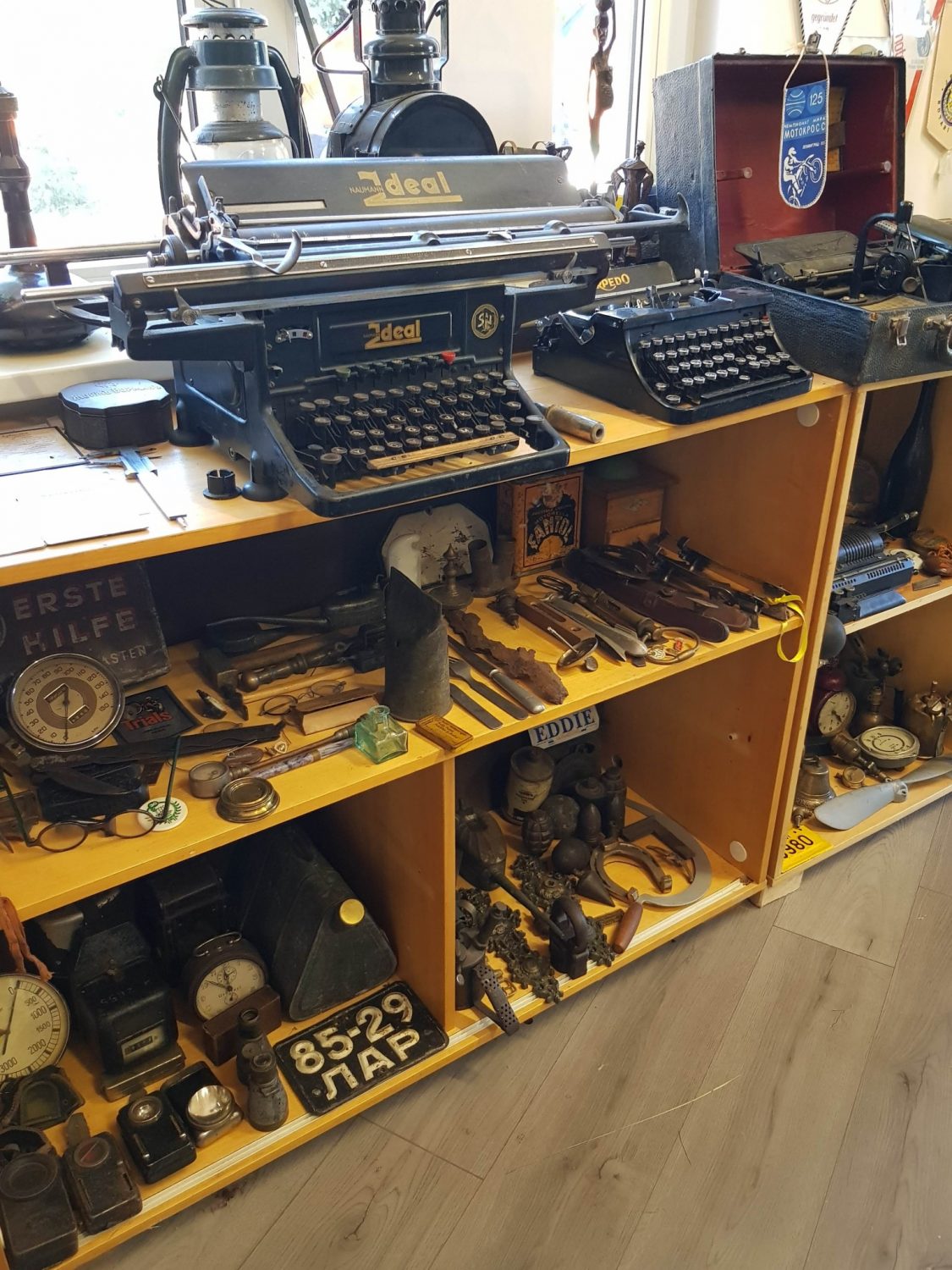 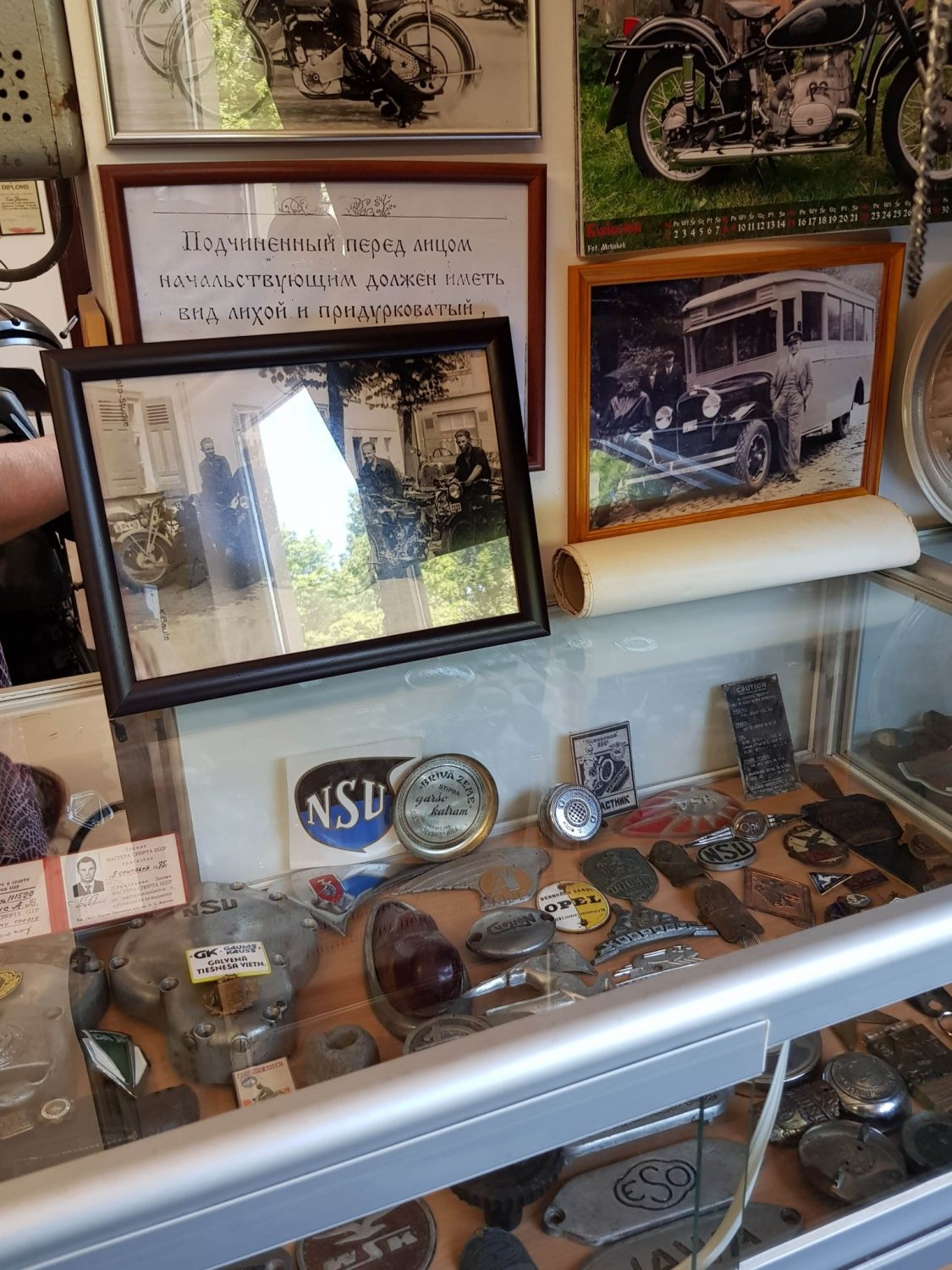