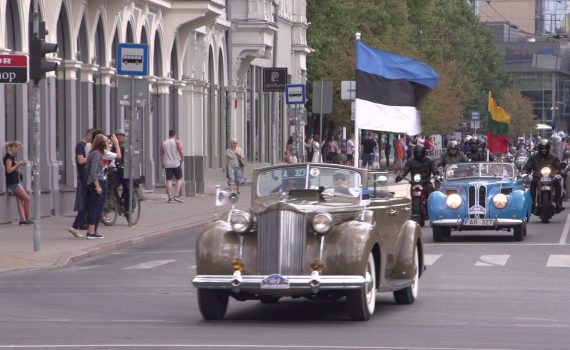 The third day of the Baltic Way – 20 August, coincided with the Estonian national holiday. On this day the Estonia’s Independence Day was celebrated. On August 20, 1991, Estonia issued a declaration to restore its independence and separate from the Soviet Union. 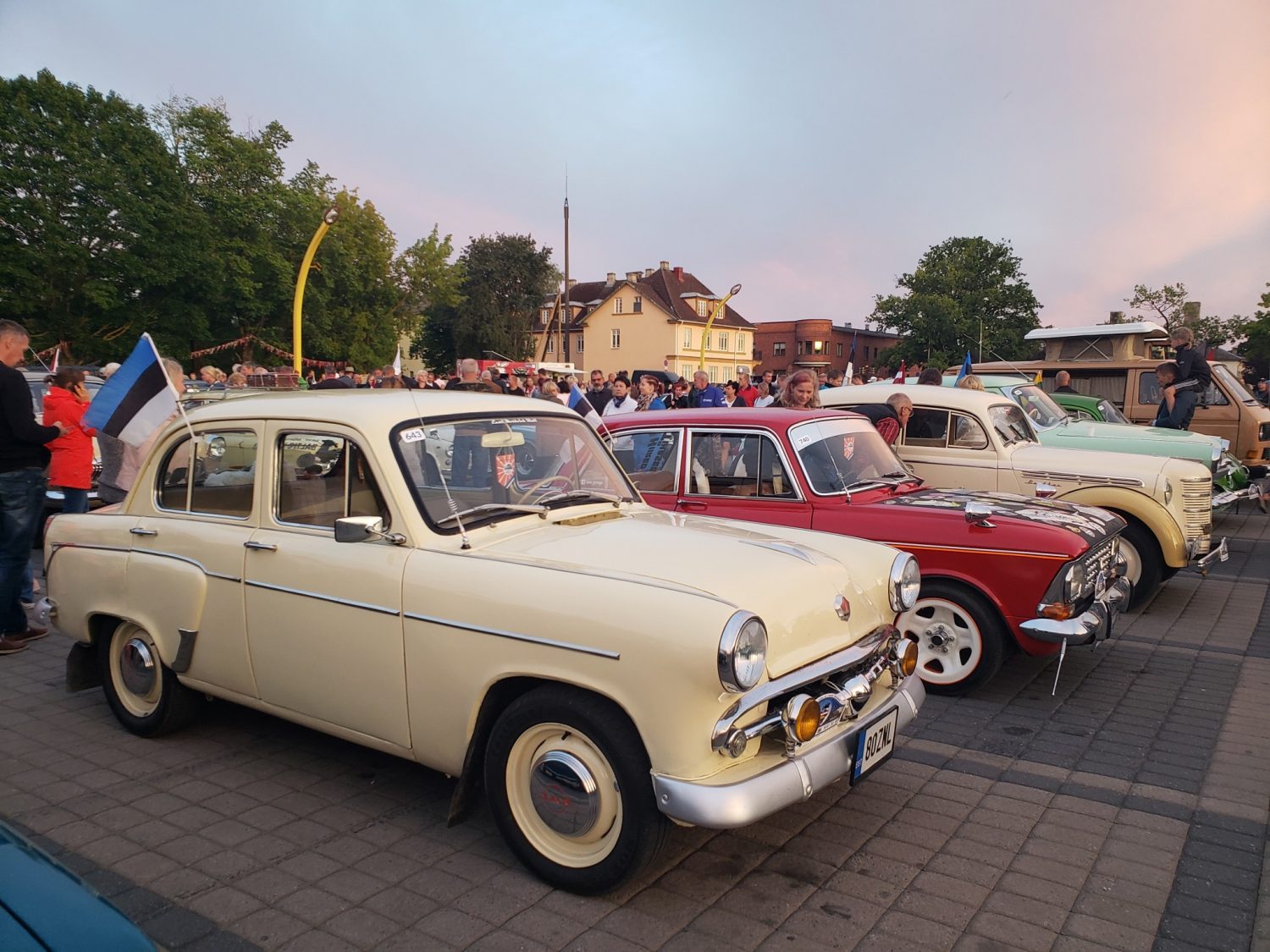 The morning in Viljandi began with an exhibition of vintage cars and commemoration of Independence Day. The festive, holiday event attracted crowds of people. There were given speeches and interviews to the media, everyone was enjoying the great day and the great event. It was a pity that the Baltic Way march was on a tight schedule, so when the time came, the participants had to say goodbye to Viljandi and move on. And the road led to Türi and Tallinn. 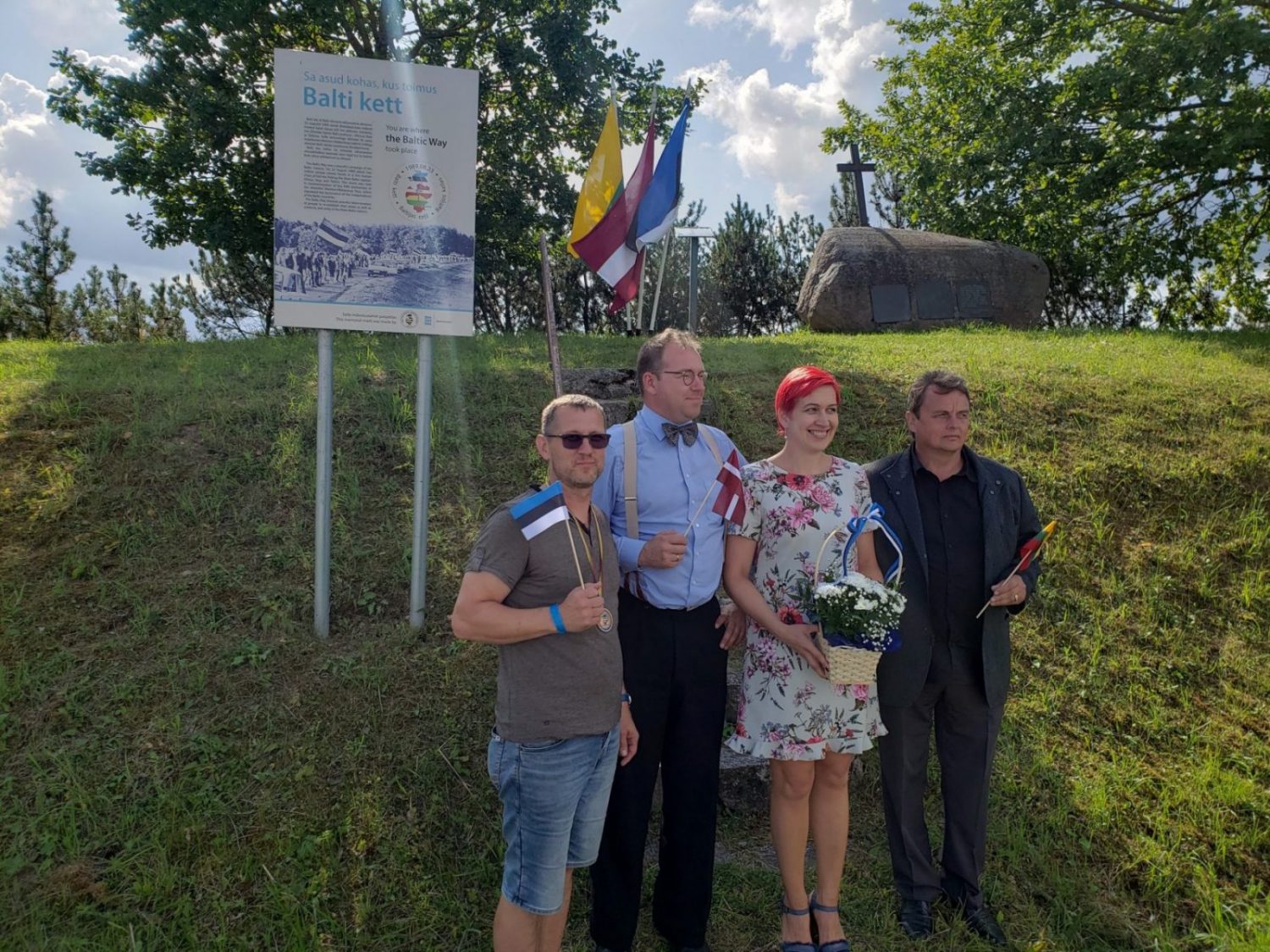 On their way, the convoy of vintage cars stopped and honoured the Baltic Way memorial stone in Särevere. After arriving in Türi, the participants of the march organized a two-hour exhibition of the vintage cars for the residents and visitors of the town, had fun at the Independence Celebration and had dinner at the same time.

Again, the participants of the Baltic Way continued on their way according to the schedule. 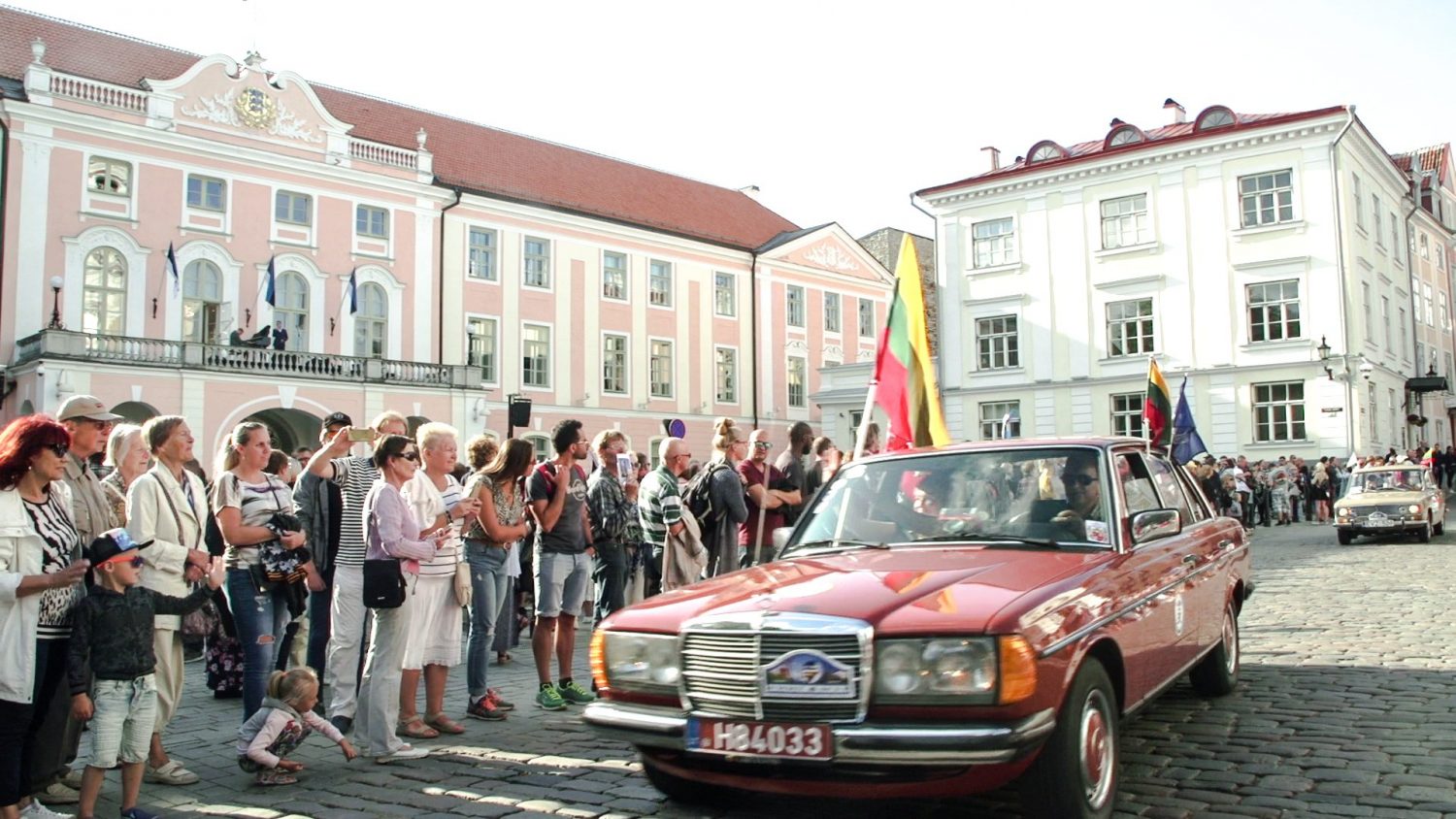 And here it is – Tallinn! The column of vintage cars stopped briefly in the suburbs, waited those who got left behind, and lined up accurately. The vintage car convoy was then followed by the Tallinn Municipal Police. It should be noted that the volume of traffic in the city is very high and the police did not always manage to cope with it. To be honest, nothing terrible happened: the historic vehicles entered the city centre – the upper part of Tallinn’s Old Town on Toompea Hill, in large groups. A lot of people had already been waiting for the vintage car convoy here, right next to the Estonian Parliament House. As there was not enough space in the city centre to accommodate more than 200 cars, the participants just marched past the Parliament House. The atmosphere was enchanting – the sea of fluttering flags and smiles, the duo of a piano and an opera soloist duo on the parliamentary balcony created a charming atmosphere infecting everyone with a good mood. 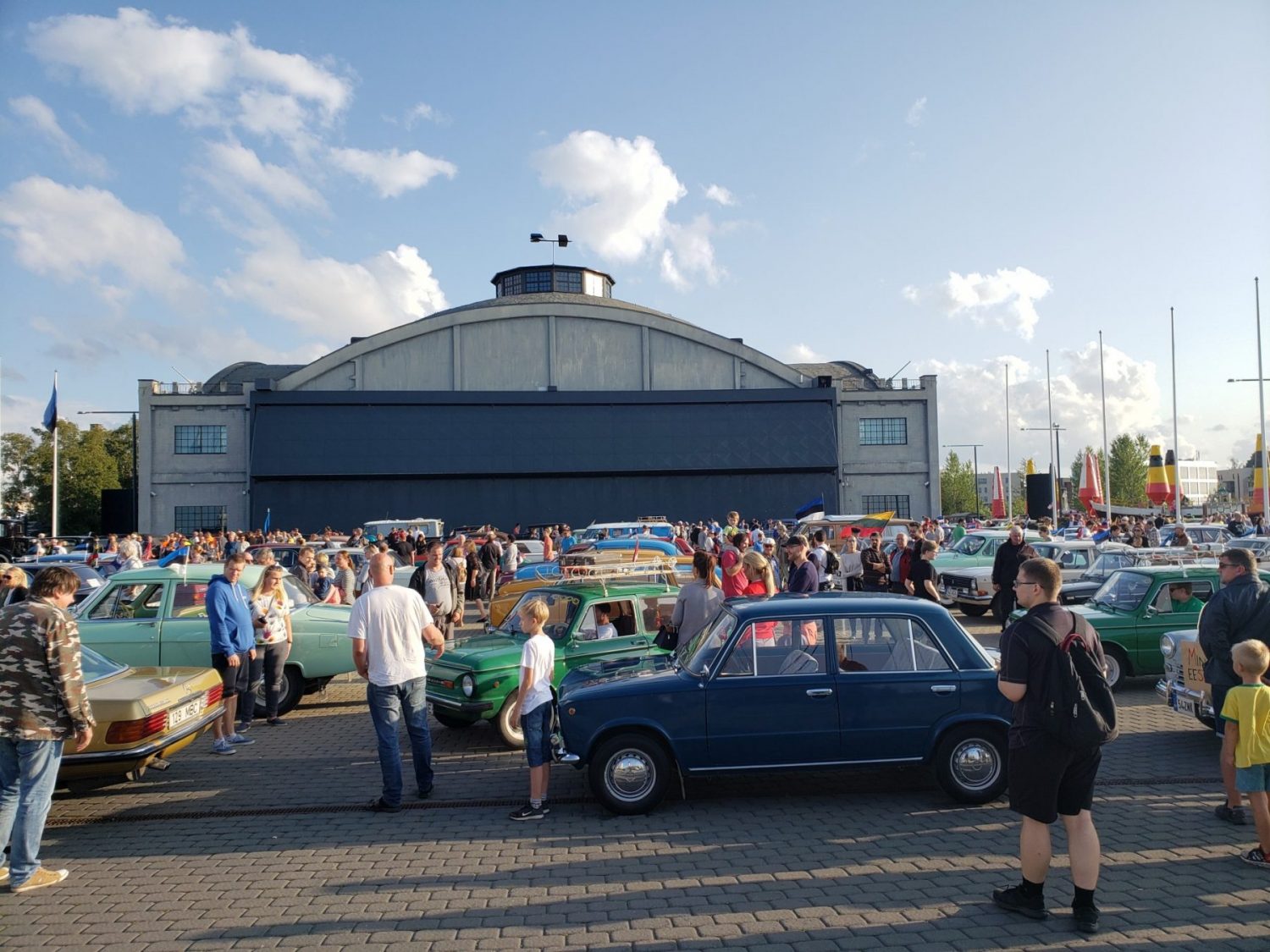 The capital of Estonia is an alive and big city. It certainly has a place to accommodate many cars and accompanying spectators. After leaving the Old Town, the participants of the 30th march of Baltic Way turned towards the nearby, modern and contemporary seaplane museum Lennusadam. The spacious museum square accommodated not only all vehicles of the Baltic Way, but also a dozen of additional unregistered local enthusiasts. Thus, the number of participating antique cars increased to nearly 300. During the exhibition, the participants of the march (tour) were not bored: they took the opportunity to visit the Maritime Museum and see the ships standing on the quay. At the end of the final exhibition, all participants on the Baltic Way gathered in front of the Maritime Museum’s ship Suur Tõll for a historic photo.

A stay on the Baltic Sea coast was not the end of the road. The hospitable Estonian colleagues invited everyone to the final evening of the tour, which took place at Laitse Rally Park, 30 kilometres from Tallinn, where the symbolic finish of the tour commemorating the 30th anniversary of the Baltic Way was. Here, participants were invited to a dinner, awards and a concert by the legendary Estonian band Apelsin.

After discussing the details of the march and sharing their memories, the participants of the Baltic Way agreed with one accord – the first joint Baltic historical event was a great success and will be repeated in five years!

See you at the vintage car march Baltic Way 35!