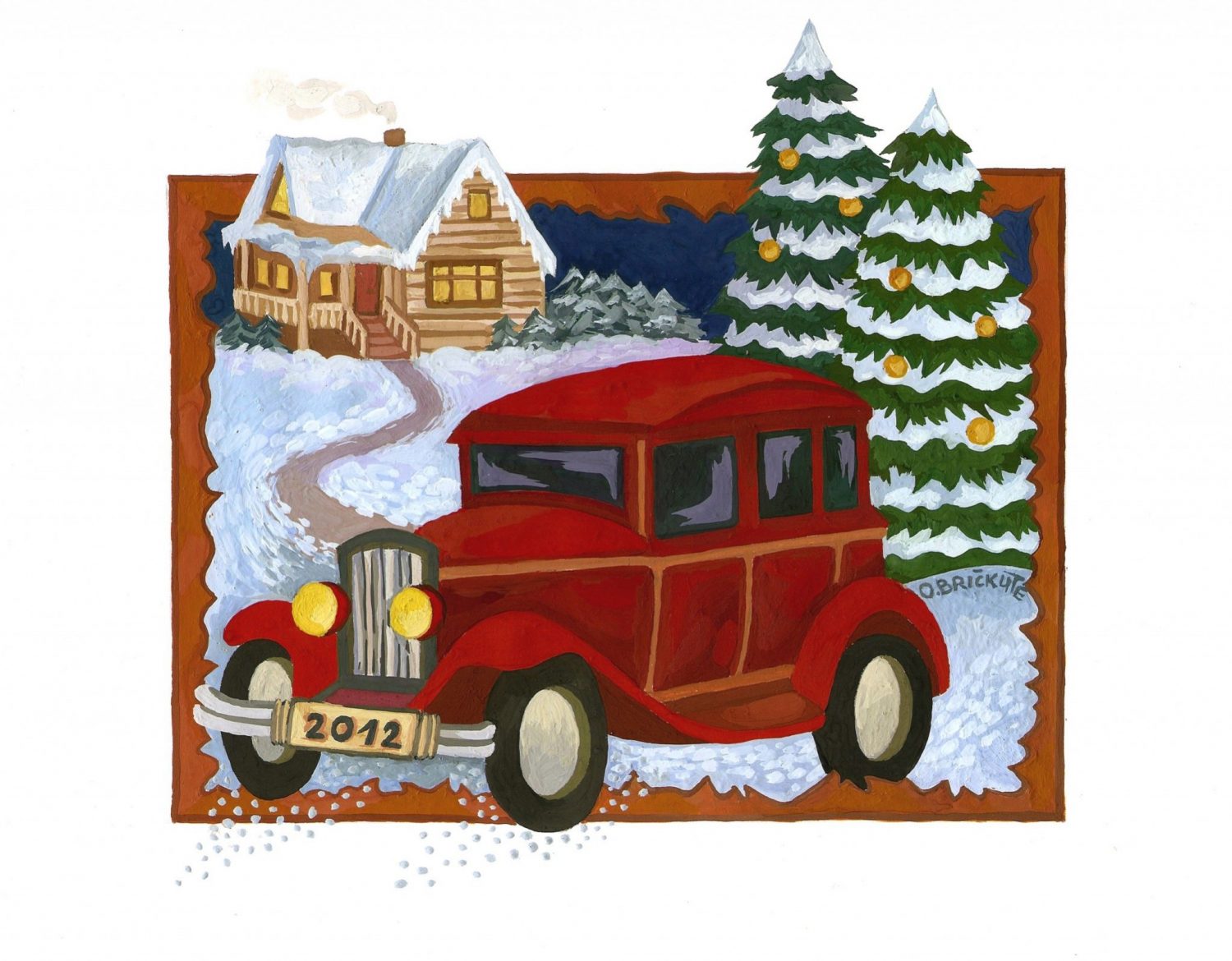 The Antique Vehicle Club „Klasika“ began its season on May 28, 2011. The Club accepted an invitation to take part in a land-rover marathon „4×4 Perimeter“ festival which took place in Pačeriaukštė Village (Biržai District). Members of the Club exhibited their vehicles in the sports field of P. Poškus High School. Historic vehicles were admired by a large number of spectators and marathon participants.

Our Club’s next events were shows in Širvintos and Kernavė. Last year, our friends in Širvintos offered us to arrange an exhibit in Kernavė. After a short deliberation, we accepted the invitation. We called our event „With ,Klasika’ – to Kernavė!“ The event started on July 9 with our show opening in Širvintos. Širvintos residents and visitors were happy to see us. From Širvintos we went to Kernavė and had a show in the sports field of J. Šiaučiūnas Elementary School. We had many visitors because another event, the 13th annual archeology festival ,,Gyvosios archeologijos dienos Kernavėje” was taking place in Kernavė, and the town was full of people. Upon the return from the Stone Age and Bronze Age, they could admire the historic vehicles of the beginning and middle of the 20th century. We exhibited 71 historic vehicles: 20 motorcycles, 3 trucks and 48 automobiles. Lithuanians were not the only ones to participate in the show. Our neighbors from Latvia also participated with 12 antique cars and motorcycles.

In the early evening, after the show in Kernavė was over, a string of antique vehicles was travelling towards Valiukiškės. In this village the fun part of the festival took place. We listened to merry songs performed by Antanas Nedzinskas, sang, played games, drank Biržai beer and shared our experience and impressions from the show. After a satisfying dinner, participants were presented with diplomas and gifts.

The celebration continued with a concert led by opera singer from Chicago Genovaitė Bigenytė, who introduced Lithuanian opera stars from Klaipėda Mindaugas Gilys and Dalia Kužmarskytė. Music group „Independent“ from Širvintos and classical rock group „Night“ from Panevėžys were performing in the second part of the concert. The event was crowned with a huge bonfire and fireworks.

After a few weeks of rest, members of the Club went on another trip. This time we went to a great village of Kirkilai, which is close to the city of Biržai. Upon the invitation of the Kirkilai community, we visited their beautiful lakes, showed our vehicles, feasted on the food that the community members prepared for us, and watched a local theatre performance, directed by Vita Voverienė.

Every year, on the first weekend of August, the City of Biržai celebrates its founding anniversary. Last year, on Saturday, August 6, Club „Klasika“ participated in this traditional celebration. Many residents missed the historic vehicle show, which used to be a traditional part of the celebration. However, this year we devoted our energy and resources to the show in Kernavė. Now we have to promise that next year we will not only participate in the Biržai anniversary celebration with a show, but will organize a concert of classical music as well.

I would like to conclude by thanking all the supporters and friends of „Klasika“ Club as well as all the admirers of historic vehicles! Thank you for your support, help and understanding! Merry Christmas and Happy New Year!