Overview of Klasika Club Activities in 2020 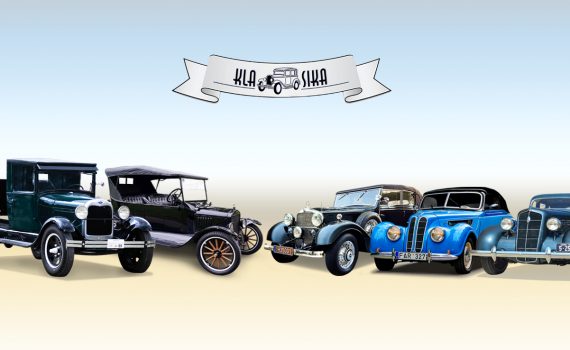 Overview of Klasika Club Activities in 2020


The year 2020, which started as usual, didn’t seem to promise anything bad for fans of antique vehicles. Some of them started the New Year in their garages continuing the projects of antique cars, others by browsing the Internet, looking for new or fresh things for their collections. The pandemic and its consequences came up a little later, forcing not only changes in the planned activities but changes in the whole world.

The Antique Automobile Club Klasika also has not avoided these changes. Due to the announced quarantine restrictions, several planned events had to be cancelled and spring shows of antique vehicles organized by colleagues from neighbouring countries had to be missed. In fact, due to quarantine restrictions, the public timetable of antique car events in Lithuania has been reduced to a minimum. With some clubs losing support and others – perhaps their determination and courage, the Antique Automobile Club Klasika took the initiative and filled a rather short season of the year 2020 with its events related to antique vehicles.

As a result with the release of the spring restrictions of the quarantine and with the appearance of manifestations of normal life here and there, the world briefly returned to the established traditions. No exception was our antique vehicle community whose members were just waiting for all the restrictions caused by the pandemic to be lifted.

The first trip of Klasika. The season is opened!
The 2020 season of the Antique Automobile Club Klasika began on 23 May, when a group of club members invited their friends and colleagues and organized a tour of antique cars around Panemunė visiting its castles and picturesque surroundings. As many as 22 antique cars gathered there, uniting 59 fans and lovers of antique vehicles. The participants started from Kaunas, visited Vilkija, stopped at Panemunė Castle and then visited the manors of Gelgaudiškės and Zypliai. The great weather and the upbeat mood did not leave travellers all day long. For this trip we thank its organizers Mr Vytautas Gineika and Mr Rokas Veselka!

The second trip of Klasika: Kubilkiemis, Sugar Festival and Paežeriai Manor
On beautiful Saturday morning of 30 May, the members of the Antique Automobile Club Klasika started their second trip in their vintage cars. This time they chose Marijampolė and Vilkaviškis districts. In Kaunas, when several friends from the Antique Cars Association Old Buckets joined the Klasika’s company, a column of eleven vintage cars hit the road. After reaching Marijampolė, the antique cars first visited the so-called „Kubilkiemis” museum. Mr Kęstutis Kubilius, the owner of this museum, welcomed the travellers at the door of the spacious building of the museum and showed its rich and interesting collections of vintage cars, motorcycles, trucks and other antiques. An unexpected surprise was presented to the museum by the Old Carriage Club from Vilkaviškis. Several members of this club not only came to an unplanned meeting with the Klasika Club members, but also sang their club anthem at the accordion of the club president Mr Petras Žilionis!

The next destination of the trip was the Sugar Festival, where the Klasika Club had been previously invited by the Municipality and Tourism Centre of Marijampolė. Marijampolė has long been famous as a „sugar country”. After all, the oldest sugar factory in Lithuania is located here, which is inseparable from the city’s history and cultural traditions. In order to preserve these values and promote their continuity, the Sugar Festival has been organized in Marijampolė for several years in a row. Both the residents of the city and the guests could admire the exhibition of vintage cars organised by Klasika Club, make pictures of themselves near antique cars and communicate with their owners.

After lunch, the members of Klasika Club said goodbye to Marijampolė, which had welcomed them so warmly, and turned towards the last destination of the trip – Paežeriai Manor. The manor, which is very popular and loved by tourists, is named as the pearl of Suvalkija. After entering the manor and parking their cars, the travellers not only admired the beautiful architectural monument, walked around the park, hugged the old oak of the manor and saw the manor arts, but also climbed its high tower. Having taken memorable pictures and thanked the manager of Paežeriai Manor for the hospitable reception, the travellers headed home in the evening.

The third trip of Klasika: Jurbarkas – Smalininkai – Bitėnai – Pagėgiai
On 13 June (Saturday), the members of the Klasika Club together with their colleagues went on a two-day trip to Panemunė. Early in the morning, after the caravan of classic cars moved from Kaunas, the first destination of the trip – Jurbarkas Manor Park – appeared soon. An exhibition of vintage cars was planned here by prior agreement with the Jurbarkas Tourist Centre. After displaying the antique vehicles for the residents and guests, the Klasika Club members visited the museum of the sculptor Vincas Grybas.

At the end of the exhibition of antique vehicles in Jurbarkas Manor Park, the cars turned towards Smalininkai, to the Museum of Ancient Equipment. After visiting the museum, taking photos and saying goodbye to the museum’s founder Mr Justinas Stonys, the travellers headed towards the homestead Old Rambynas. And there they had not only a hearty dinner but also a party.

Sunday morning began with a square breakfast and a visit of the legendary Rambynas Hill. After admiring the picturesque panorama, the members of the Klasika Club also visited the Martynas Jankus Museum in Bitėnai near Rambynas Hill. The Open-Air Picture Gallery of Minor Lithuania is located right next to the M. Jankus Museum. In the gallery founded in 2003, travellers saw about half a hundred large-scale paintings and sculptures created by Lithuanian and foreign artists.

The next and final destination of the trip was Pagėgiai. Having arrived in the central square of the city, the members of Klasika Club and their colleagues parked their cars for the exhibition. As the exhibition of antique cars was coordinated in advance with the staff of Pagėgiai Tourism and Information Centre, there were many spectators and their interest in antique vehicles was huge. A little later, after saying goodbye to the staff of the Tourism Center and the municipality, who welcomed them so warmly, the participants of the trip enjoyed the fun and content time and great company! And then the road led towards home…

Copyright agreements were signed with the photographers of the four best photos and their works were published in the 2021 calendar of Klasika. In addition, these winners of the competition were awarded valuable gifts by the club Klasika and invitations to the antique car show Timeless Classics 2020. Congratulations to the winners of the competition: Dominikas Liberis, Tomas Stepulis and Kęstutis Banevičius!

Traditional antique car festival Timeless Classic 2020
According to the media there are only a few festivals in Lithuania that have a long tradition and have been successfully held for many years. Timeless Classic is one of them, because not only a very large number of participants register for the event every year, but it also attracts more and more spectators. In fact, these festivals organized by the Antique Automobile Club Klasika used to be called differently until they were renamed Timeless Classics in 2014.

At the event of Vintage Cars „Timeless Classics 2020”, as many as 133 historic vehicles from Poland, Estonia, Latvia and Lithuania lined up at Sodeliskiai Manor. Among the vintage vehicles, we saw 3 motorcycles, 2 trucks, 1 bus, 2 steam tractors and 125 cars.

The oldest and most solid cars manufactured before 1946 included 17 interwar exhibits. Powerful American machinery was represented at the festival by 40 historic vehicles, and Americans outnumbered Soviet machinery by 39 cars, motorcycles, and trucks. This year’s festival „Timeless Classic 2020” was dominated by European cars, of which there were as many as 54.

The participants of the festival competed in seven nominations: the oldest car, the best vintage car made before 1946, the best classic car since 1945, the most beautiful car, the best Soviet car, the best restoration and the Grand Prix. All exhibits were carefully inspected and evaluated by an international committee of historical enginery experts.
According to the decision of the evaluation committee that worked at the event, Kestutis Banevicius’ Peugeot 203 C, manufactured in 1959, was chosen as the best classic car.
The best Soviet vintage vehicle was the GAZ 13 – Chaika, a symbol of Soviet luxury and power driven by a guest from Estonia Tonu Maksimov, made in 1967.
Not once the award for the best restorer for his excellent work went to the Latvian Andrejs Rode. He came to Birzai with a 1933 Mercedes-Benz 230.
Sigitas Zajarskas won the category of the best vintage cars by presenting one of the oldest car in the festival, the Chrysler CD 8. This car rolled away from the conveyor in 1931.
At the exhibition, in the nomination for the oldest car, the trophy went to Alfred Zamockis, who presented the Oldsmobile 30 A, which will soon celebrate its 100th birthday. This vintage “old man” saw the light of day in the interwar period – in 1923.
It’s no wonder that Aleksandras Obymacha, who presented the unique 1953 roadster Leningrad, won two awards at once – the title of the most beautiful car and the Grand Prix of the Event. Under the Grand Prix concept contains everything – great restoration, attention to the details, beauty, uniqueness and many other factors, which this time fit into one car and one name – Leningrad.

The main goal of this union is to gather together and unite historical technical associations to solve common problems, unanimously represent their interests, coordinate the activities of the members of the associations, popularize vintage vehicles and carry out the preservation of historical heritage.

Release of the 2021 Klasika calendar
The Klasika wall calendar, which appeared at the end of 2020, became not only a Christmas present for fans of antique vehicles, but also a beautiful tradition that crowns the annual activities of the Antique Automobile Club Klasika every year. It may be stated that this publication has long gone beyond car garages and may be found not only in the house of the average driver, but also in various institutions and companies. As early as since 2012, the club Klasika has been publishing a limited edition of wall calendars every year, which includes images of historic motorcycles, cars, trucks, tractors and even antique planes. The publication of Klasika in 2021 is the ninth annual edition of the club’s calendars, to the formation of which a large group of co-authors contributed. This year, together with the so-called old photographers Dainius Nagelė, Ilona Daubaraitė, Vilhelmantas Sereika, Viktorija Valentinavičiūtė, Reda Grubinskaitė, Aurimas Frankas, the face of the publication was formed by several young and promising artists. The slightly different vision of Dominykas Liberis, Tomas Stepulis, Valdas Petronis and Kęstutis Banevičius of antique vehicles enlivened this year’s calendar and made it unique in some way. The answers on whether it is good or bad, strange or everyday you will find in the publication of Klasika Club…

Antique car shows Riga Retro 2020 and Retro Jurmala 2020
The antique car show Riga Retro 2020 held in Latvia on 22 August, and a week later – another antique car event Retro Jurmala 2020 – were quite large in terms of the number of participants, although there were only few representatives of Lithuania. We are pleased to note that the members of Klasika have been one of the most anticipated participants in these antique vehicle shows for many years now. Taking into account the fact that since mid-September all three Baltic countries tightened their quarantine restrictions again, these Latvian events were the last gatherings of antique vehicle enthusiasts in the season of 2020.

Saying good bye to 2020
Compared to 2019, the past 2020 has been modest in terms of achievements and work done, but at the same time, rich in its challenges… The year 2020 was like a demanding examiner, presenting already complex tasks constantly burdening them with uncertainty and unknown… And it’s still fun that the cohesive team of the Klasika club fully coped with the difficult challenges! Klasika wishes you Happy and healthier year 2021!