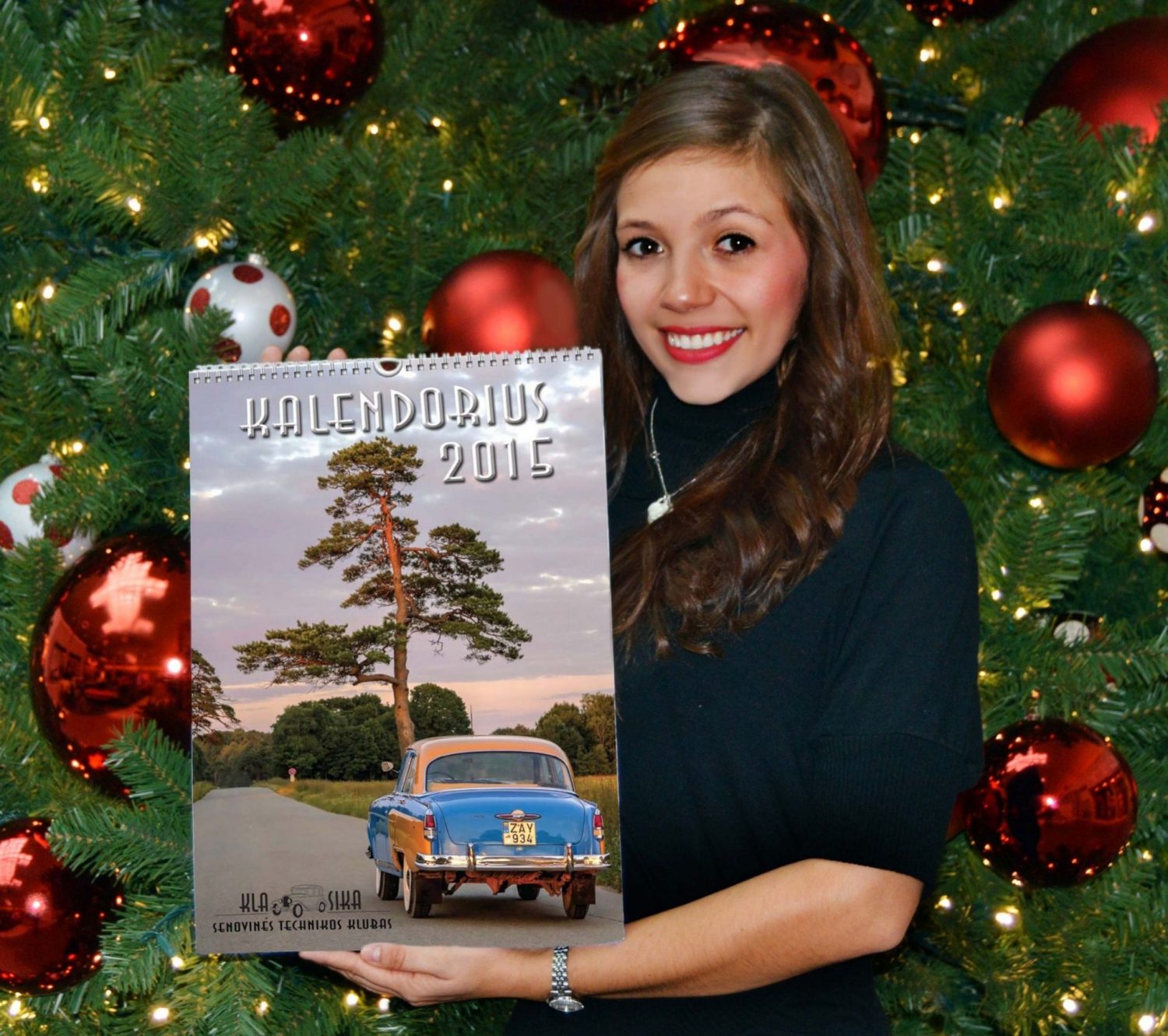 
Talking seriously, the calendar – timing system, assigning the day of the calendar dates. Whether or not everyone understands, but the coming Christmas says that you need to put a new calendar, everyone probably knows this. Thus, these rules are not at fault in the club “Klasika”, publishing this year for the third annual calendar. And not any, but a large and attractive wall calendar with excellent club cars’ and assisting girls’ photographs. Have we succeed, only you would decide, admiring, sharing and making as a present our publication.
We are saying a sincere thank you to our photographers and their beautiful assistants! In the calendar, you will be able to see photographers’ Dovaldė Butėnaitė, Reda Jokymaitytė, Dainius Nagelė and Gediminas Aleksandravičius photos and evaluate beauty and smiles of Eivilė Linkevičiūtė, Reda Marinskaitė, Giedrė Vaičytė, Emilija Sakalauskaitė, Eglė Linkevičiūtė, Ieva Garnelytė, Gerda Golubovskytė, Ernesta Melnikaitė, Evelina Nagelienė, Ieva Tupalskytė and Erika Danisevičiūtė. In order to honour our great photographers and get interested everyone in participating at the creation of the calendar year 2016, the club “Klasika” members set up a Christmas LTL 500 prize. The “Klasika” calendar photo, which receives the biggest amount of Facebook votes, will be announced as the winner and the author will be awarded with this Christmas monetary incentive by “Klasika” members. At the same time, a car posted in the photo will be announced as the 2014 year car of Antique vehicles club “Klasika”. So, visit Club Facebook account: https://www.facebook.com/klasika and vote for your favorite picture. We also invite all who are interested in photography, collaborate and share your views and pictures with Antique Vehicles Club “Klasika”.