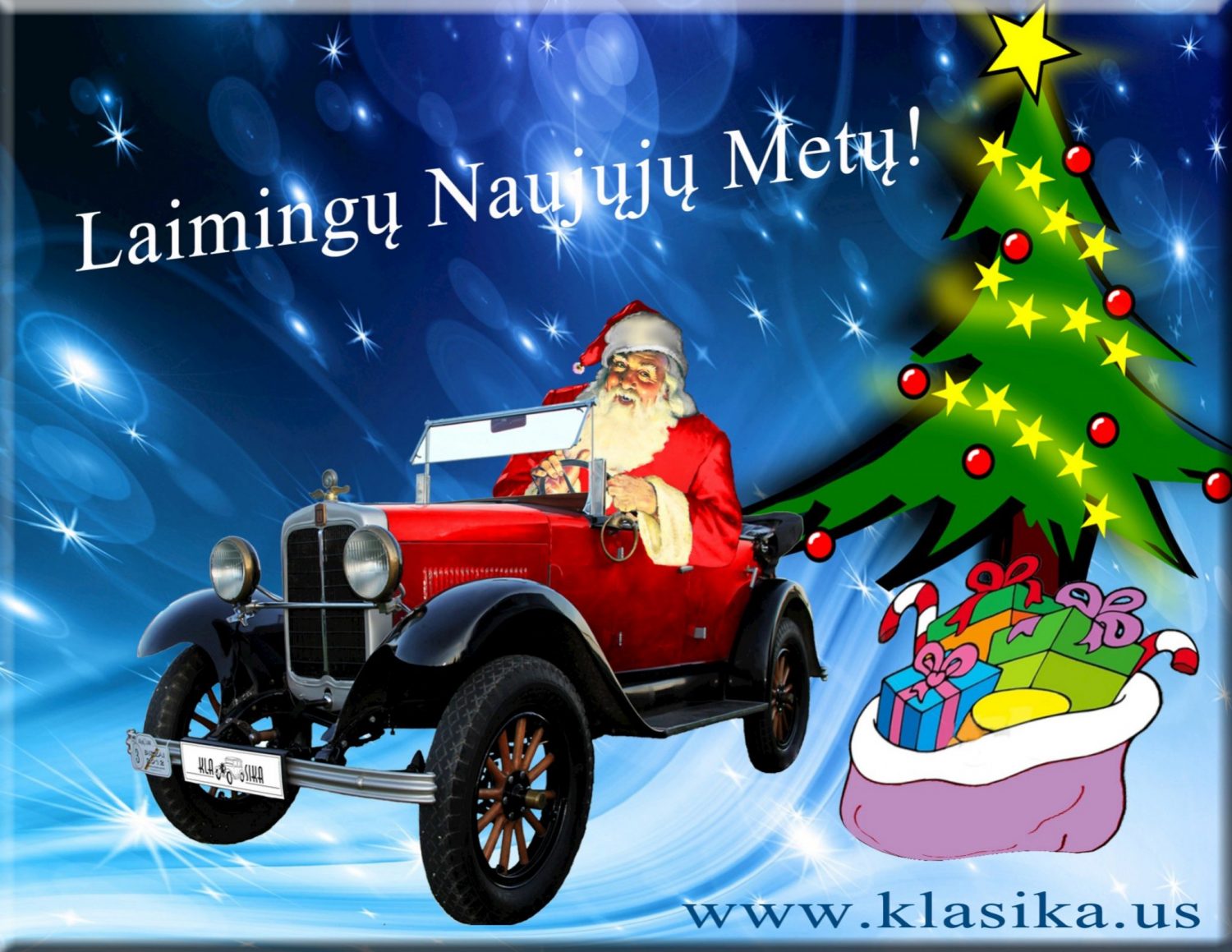 Many may have noticed that recently the City of Biržai is getting famous not only because of its beer brewers, athletes, aviators, artists and museums, but also antique car fans. And no surprise here! After all, in recent years we have organized the most beautiful and interesting antique car shows in our city as well as other towns in Lithuania. „Klasika“ Club of Antique Vehicles has been promoting the City of Biržai and antique cars for the past four years. Here, I would like to list what „Klasika“ Club has done in 2012, and cast a glance at the Club’s future.

2012 started with the Club’s outing to Pasvalys in early spring. It has become a tradition to take part in the international antique car show „Mes važiuojame“ (We Are Riding), the main organizer and initiator of which is Eugenijus Malinauskas.

Our second trip of the year was to Ukmergė on June 2nd. Here we participated in the city’s biggest and the most important event „Myliu Ukmergę 2012“ (I love Ukmergė 2012). This festival was born in 1998 when they celebrated the anniversary of reestablishing the city rights to Ukmergė. Since then the festival has grown considerably, and dozens of events take place during the celebration. One of them was antique car show organized by the „Klasika“ Club. The event attracted crowds of town residents and guests and proved that the gunpowder in „classic“ bags has not dampened yet. 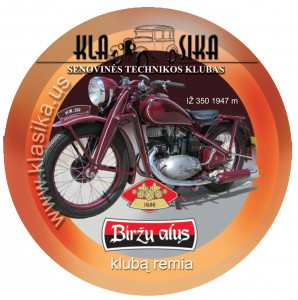 The Club has no shortage of ideas and activities. In 2012 the „Klasika“ Club released beer coasters with images of cars owned by club members and the trademark of our sponsors – „Biržų alus“. You may ask what is there in common between beer and antique cars. A lot. First of all, our Club is supported by two beer breweries. In addition, „Klasika“ comes from Biržai and this City is famous for its beer. In the future we plan to release coasters with corporate logos of all the companies that support us. The „Klasika“ Club is always sharing information. For every one of our shows and events we print new flyers and promotional materials with information about the Club, our sponsors and the City of Biržai. Our new website administrator greatly improved the presentation of our events. Since the website is also presented in English, the number of international visitors has grown and the Club became more popular.

As you may very well know, antique cars are no surprise in Biržai, however, „Klasika“ Club always tries to bring new things to the city’s life. Those who visited the Biržai Castle on July 14th were not left disappointed. They had an opportunity to see several antique cars of our Club members, take pictures and talk to Club members about antique cars and museum values. In many West European countries and North America such weekend shows organized by antique car clubs are very popular and anticipated my museums and community organizations.

Even though antique car shows are abundant in our city, there are still places in Lithuania where they are a novelty. On July 15th the „Klasika“ Club visited a small town of Linkuva and organized a car show there. According to one of the town elders, Kazimiera Bacevičienė, the car show exceeded all expectations. It drew so many spectators, that the city square could barely fit them. 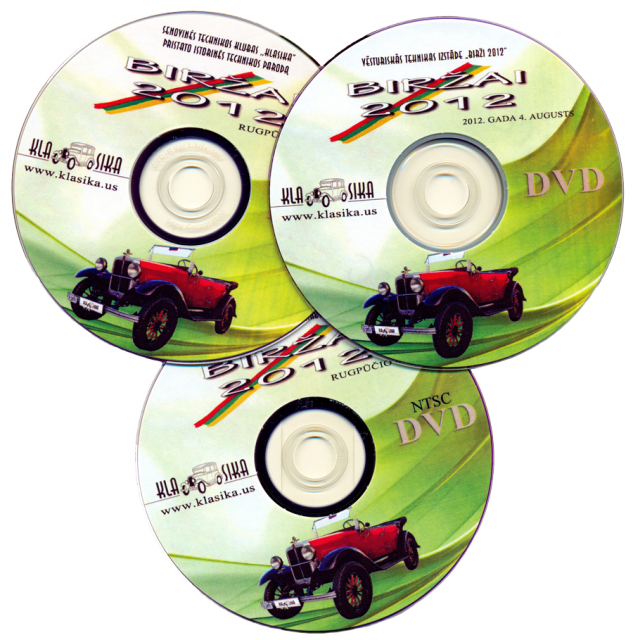 After a small break we continued preparations for our Club’s main show of the year which took place on August 4th during the City of Biržai festival. The „Klasika“ Club was not only the participant, but also a sponsor. This year, the car show was exceptional because of its diversity and quality. Among participants there were 35 vintage vehicles – 28 passenger cars, 4 motorcycles, one tractor and two trucks. One of the exhibits was not a transportation vehicle, but a Port Huron steam engine, which was built in 1921. It attracted a lot of attention.

„There is no doubt that every fan of antiques relates Biržai City Festival to the „Klasika“ Club. And it’s because every year „Klasika“ Club decorates the town with antique cars, motorcycles and trucks that come not only from all of Lithuania, but Latvia as well.“ This quotation starts our documentary „Antique Car Show – Biržai 2012“ created by „Klasika“ Club team. The film’s great views, expressive narration and original music tell you about the Biržai Festival, the farmsteads of V. Cibas and D. Linkevičius, antique cars and the subtleties of their restoration. You can watch the film on our website, and if you would like to have the DVD in your collection, please contact us at: klubas@klasika.us

One more publication by „Klasika“ Club is 2013 calendar with twelve photographs of our members’ cars. However, we cannot sell or share this calendar as this is not a commercial venture. This is just a small gift to those who are with us, who believe in us, and who support us. You can see the calendar and the photos on our website. At the same time you can participate in the election of the most beautiful „Klasika“ Club car. 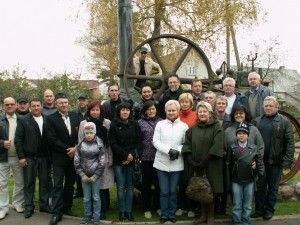 Our last event of 2012 was a tour to Klementas Sakalauskas’ private museum in Piniava. Curiosity and a thirst for knowledge led us to Panevėžys. At the museum we saw extensive exhibits of antique utensils, machinery and sound recording equipment. We enjoyed the hospitality of the museum owner and shared our experiences with him. We have also listened to our Club director’s report of the year and planned for the future. Next year we will start preparing for our 5th Anniversary. We will have to choose the time and the form of celebration. Of course, the size and scope of the celebration will be determined by the funds raised. The Club is also planning to participate in the Biržai City Festival, Biržai Aero Club 45th Anniversary and have several car shows in regional centers. We also plan to release a trailer and a photo album of vehicles owned by Club members. We will be further collaborating with our colleagues from „Motormuzejs“ in Riga, and our friends in Estonia, Belorussia and Poland. I think that the next year in our Club’s calendar will be highlighted with an exclusive color of Club’s maturity and experience.

Finally, I would like to wish everyone a happy and successful New Year!